Woolwich Arson Victim Was Due to Leave 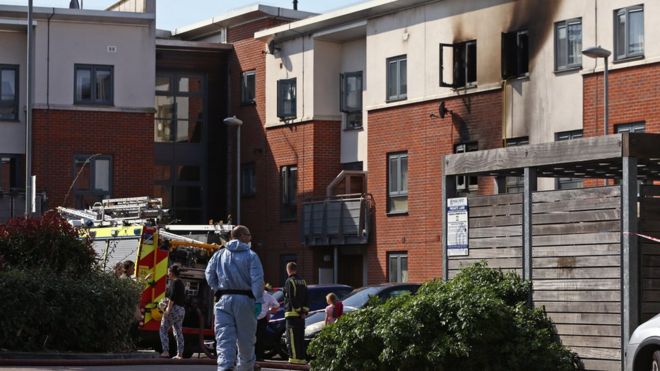 Woolwich Arson Victim Was Due to Leave

A woman was killed in an arson attack hours before she was due to return home after a visit to the UK, a court has heard.

Memunatu Warne 46, from Sierra Leone, had been staying wtih relatives in Woolwich, when she became the innocent victim of a drugs feud in the early hours of September 6th last year, the Old Bailey was told.

The attack was allegedly organised by William Smith, 26.

His accomplices were Kurtis Freeman, 21, and Elliott Robinson, who is alleged to have set the fire.

The defendants from South East London deny murder and two charges of grievous bodily harm with intent and arson.

Smith and McArdle also deny perverting the course of justice.