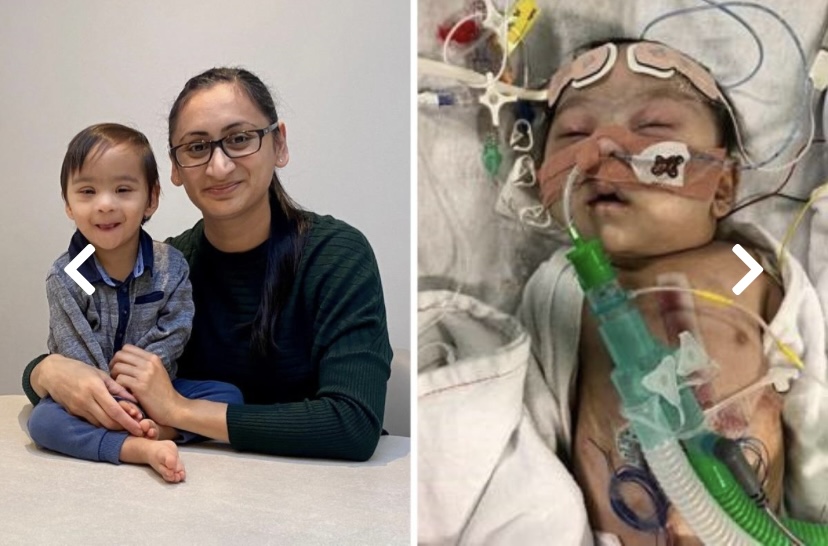 A mum from Welling has expressed her heartfelt thanks to a local children’s hospital for saving the life of her baby son by running a marathon fundraising over £6,000.

The cancellation of this year’s London Marathon didn’t stop local mum Revti Halai from smashing a 26.2 mile run around Welling instead.

Now the Welling mum has said “thank you will never be enough” for the opportunity hospital staff had given her son “to live a long and active life.”

Harikesh Halai was born in January 2019 with a rare heart defect which meant he was immediately reffered to Evelina London.

It was in late 2018 when Revti discovered at her 15-week pregnancy scan that her baby had an atrioventricular septal heart defect (ASVD) which would eventually require major open heart surgery.

Children born with ASVD have holes between the chambers of the right and left sides of the heart, and the valves that control the flow of blood between these chambers may not be formed correctly.

The stress on the heart can cause babies with AVSD to develop signs of heart failure such as rapid breathing, feeding problems, slow weight gain and low energy.

Revti said: “We were expecting Harikesh to have the surgery when he was around six months old, but it was bought forward because his heart was working too hard. The doctor compared his struggle to that of a person trying to run and drink at the same time.”

At just two month’s old, Harikesh had an operation at Evelina London to repair his heart, which took more than five hours.

Revti said: “The first sight of our son following his surgery was a shock, he didn’t look like himself. He was swollen, covered with tubes and connected to numerous machines. The first 24 hours were critical in determining how he would recover. We were helpless and all we could do was wait.”

Article and photo from Newsshopper.