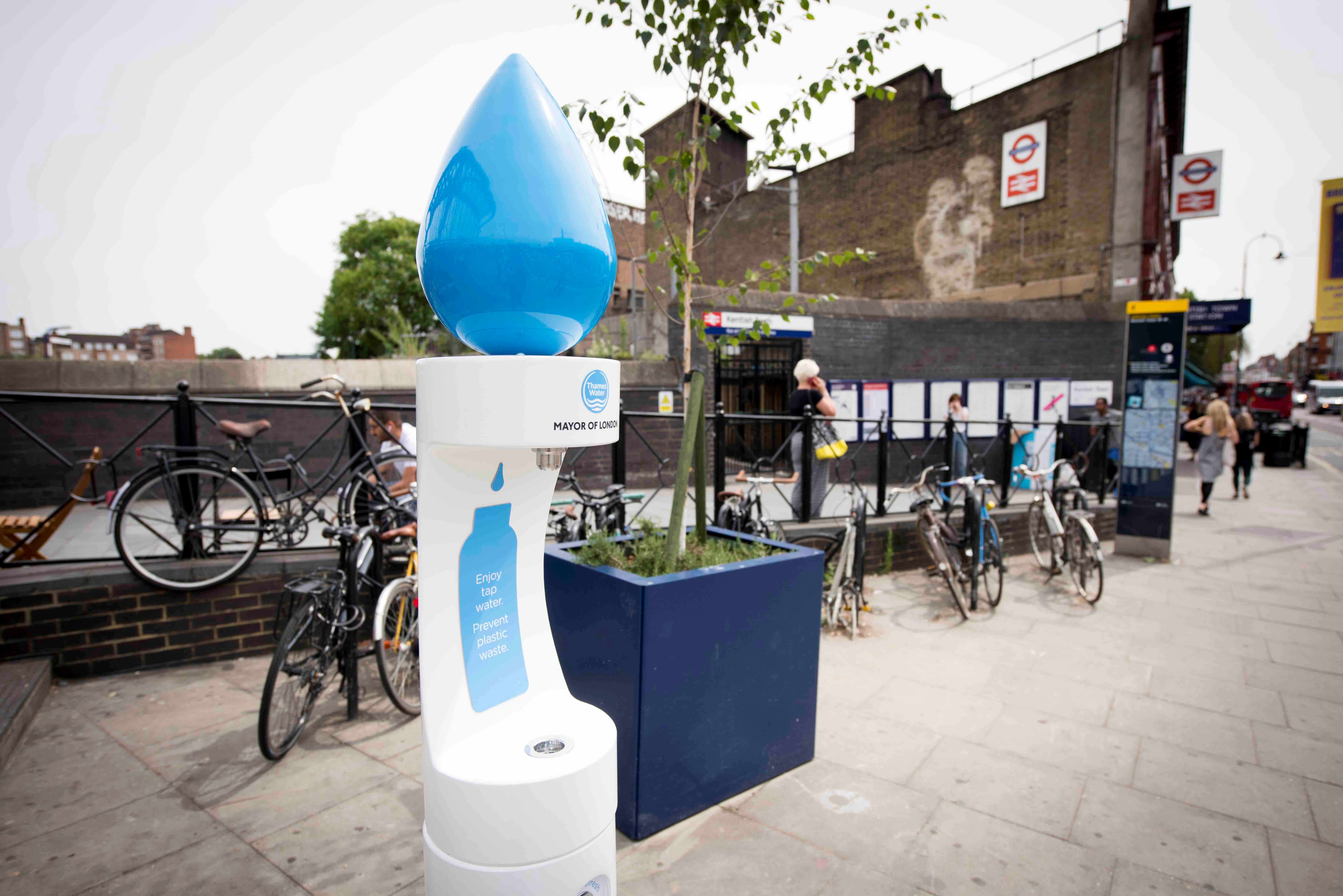 The first of The Mayor of London, Sadiq Khan’s new public water fountains have been installed across busy areas of London to help people ditch single-use plastic bottles and reduce plastic waste.  They include one which has been located at Passey Place, in Eltham

The Mayor has partnered with Thames Water on the new water fountain network, which will include 20 rail and Underground stations, as well as high streets, parks, shopping areas, business districts, large green spaces and other publicly accessible areas with high footfall.

The fountains are easily identifiable by a water droplet design and each one is fitted with a device to measure the amount of water dispensed to demonstrate the equivalent number of single-use plastic bottles saved.

As well as in Passey Place, water fountains are due to be placed in General Gordon Square, New Eltham Station, Plumstead Station, Eltham High Street and Charlton Station.

A network of 28 fountains have already been installed through the Mayor’s initiative with ZSL’s #Oneless Campaign. Two of the fountains in Liverpool Street Station dispensed 8,000 litres of drinking water – the equivalent of 16,000 water bottles – in less than one month.

Every stage of plastic production releases harmful carbon emissions. A recent report highlighted that plastic production and incineration adds over 850m metric tonnes of greenhouse gases to the atmosphere a year  – the equivalent to the annual emissions from 189 coal fired power plants. In addition to contributing to climate change, plastic bottles have a negative effect on the natural environment, particularly marine life, and currently make up 10 per cent of all litter found in the River Thames.

The Mayor has reached out to other water companies including Affinity Water, Essex and Suffolk and SES Water, calling for them to make similar commitments to the water fountain programme in areas of London not served by Thames Water.

Mayor of London, Sadiq Khan, said: ”With plastics polluting our oceans and causing untold harm to life in our rivers and waterways, it’s vital that we all make changes to reduce plastic waste. Delivering more water fountains in London and ensuring that our shops and cafes offer free tap water is an important part of my work to help Londoners easily make small changes that will have a big environmental impact. Our network of water fountains will help people refill on the go and become much-loved additions to our public spaces, stations and busy areas of the capital.“

Natalie Fee, Founder of City to Sea said: “These new fountains will be added to the growing number of 2,500 other Refill stations in London where it’s possible to refill for free and are vital in our mission to prevent plastic pollution at source. The campaign is clocking up hundreds of thousands of refills already, proving that people will change their behaviour – by not buying plastic bottled water – when free drinking water is readily available.”

Celebrity Chef Hugh Fearnley-Whittingstall said: “More drinking fountains around London is definitely good news for the war on plastics. 50 of them is a great start, and, let’s hope, the first step towards city-wide free water refills.”