Tube Strike Off, but Dispute Still On 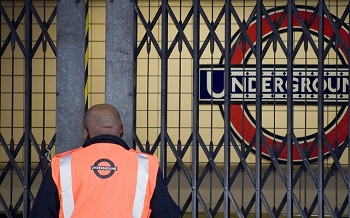 Tube Strike Off, but Dispute Still On

Tube strikes planned for next week have been suspended by the Rail, Maritime and Transport (RMT) union.

The strikes were in protest about pay and conditions ahead of the all-night Tube service due to start this month.

The union was the only one to have set fresh strikes over the 24-hour service after London Underground (LU) delayed the start of the extended hours.

The RMT said it “remained in dispute” and LU said talks would continue.

An RMT spokesman said it was “continuing discussions and negotiations” and that “all industrial action called to not co-operate with night Tube at local level, including modelling and trials, remains in place”.

The spokesman added: “If further negotiations prove negative then further industrial action will be called in defence of our agreements and for proper pay for our members.”

Steve Griffiths, chief operating officer for London Underground, said: “Talks continue this week as we seek the long-term resolution of the dispute.”