Trump not Welcome in Greenwich 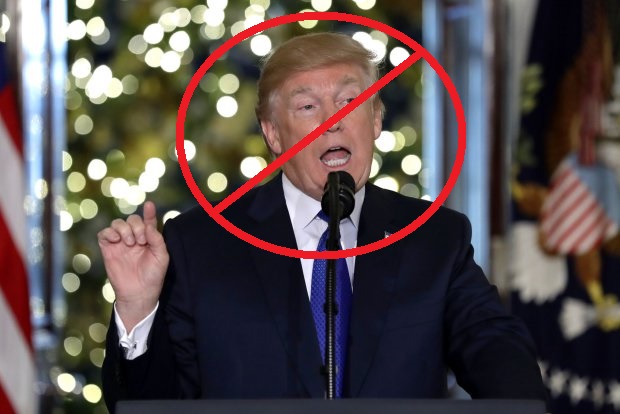 Trump not Welcome in Greenwich

If US president Donald Trump does eventually come on a state visit to the UK, he won’t be coming to the Royal Borough of Greenwich!

The Royal Borough of Greenwich said the US President ‘would not be welcome’ and called for his visit to be dropped.

Councillors expressed ‘alarm’ at the decision of President Trump in retweeting Islamophobic Propaganda and ‘sadness’ at the President’s bigoted attitude towards women and ethnic minorities’ at a meeting on Tuesday.

Leader of the council Denise Hyland said: ‘On a daily basis we work hand in hand with residents from all communities to ensure this borough is a peaceful and welcoming place that celebrates difference and diversity, but in the case of President Trump we are willing to make an exception.

‘We are one of 32 London boroughs, all different, all individual but all home to people from across the world.

‘This diversity strengthens our borough. It enriches our lives on a daily basis. And it reminds us all that we have so much more in common than divides us. ‘As one of the most multi-cultural London boroughs, we are a place that has worked tirelessly to break down barriers. We have no time for people who want to build walls when we have done so much to break them down.’

The council says the decision was prompted by Trump’s decision to retweet videos from far-right group Britain First, along with his decision to criticise Sadiq Khan just hours after the London Bridge Terror attack.

Councillor Chris Kirby, who presented the motion, said: ‘President Trump has regularly expressed abhorrent and aggressive views and in doing so has enabled the spread of division and hatred.

‘We have worked incredibly hard in this Borough to build strong community ties across all faiths and backgrounds – President Trump’s views, attitude and policies are totally incompatible with that work. ‘We could not stand by and watch the level of public debate be poisoned by the rhetoric that the President and others like him have continued to use. ‘There is no place for aggressive, bigoted and hateful rhetoric in the Royal Borough of Greenwich.’