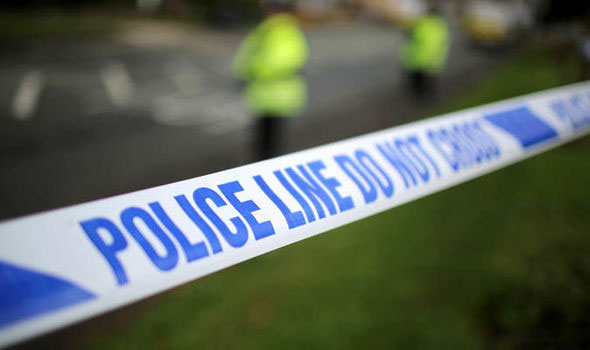 Police descended on a road in Charlton on Thursday afternoon, after a reported stabbing.

Officers were first spotted in the residential road Valley Grove around 4pm.

A cordon has been erected around part of the area, which is near a children’s playpark.

A 15-year-old boy has been stabbed but his condition is not yet known.

The teenager was attacked near The Valley just after 4pm on Thursday.

The London Air Ambulance was spotted landing in the car park of the football ground in south-east London.

Three men in their early 20s have been arrested on suspicion of GBH in relation to the incident.

A Police spokeswoman said: “Police were called by LAS at 4.13pm on Thursday, May 2 to Valley Grove following reports of a stabbing.

“A teenage boy, thought to be 15, was found with stab injuries.

“He was taken to hospital where his injuries were assessed as not life-threatening.

“Three males, aged in their late teens to early 20s, have been arrested on suspicion of GBH and remain in custody.

“Officers from the South East Command Unit investigate. Enquiries into the circumstances continue.”