Skaters show off their moves at Skate Park launch 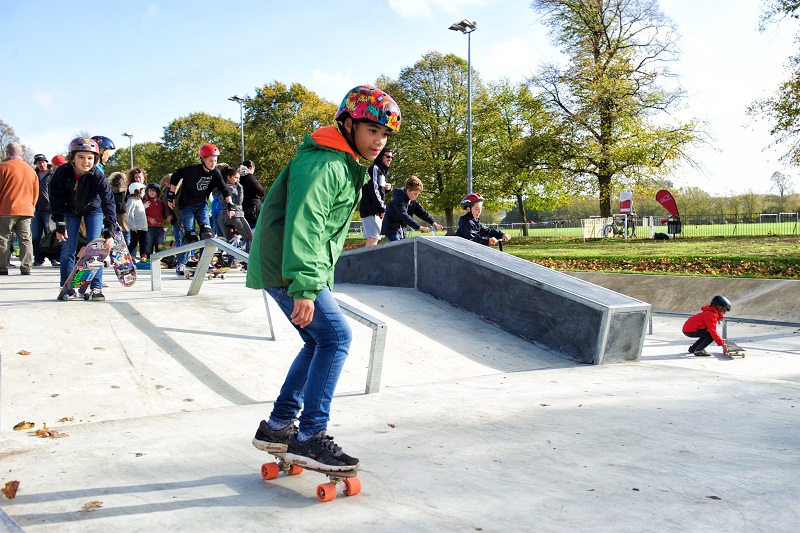 Skaters show off their moves at Skate Park launch

Free coaching sessions and a skate competition marked the official opening of Charlton Park Skate Park at the weekend.

Even Storm Brian didn’t dampen the mood, as Brownies and Scouts were among the local residents who couldn’t wait to try out the Royal Borough of Greenwich’s latest state of the art facility.

The Skate Park incorporates a series of elevations and dips designed to suit fans of skating, cycling, and scooting no matter what their age or ability.

A viewing mound has also been created to give spectators a better look at the 900 metre facility which curves around the mini gym near the football pitches.

The Skate Park was designed following extensive consultation with focus groups including local residents, park users and skaters of all ages.

Councillor Jackie Smith, Cabinet Member for Community Safety and Environment, said: “The Skate Park is a fantastic addition to Charlton Park and I am delighted that it is fully inclusive for families and residents of all ages and abilities.

“I am very pleased that the plans were created in collaboration with the local community which has helped ensure that the finished design meets their needs.”

Councillor Denise Scott-MacDonald, Cabinet Member for Culture, Creative Industries and Community Well-Being, said: “There was high demand for a skate park so it was fantastic to see so many people enjoying the new facility on the day of the launch.

“Its location means that it is easily accessible for skaters all over the borough so I would encourage everyone to come and try it out.”