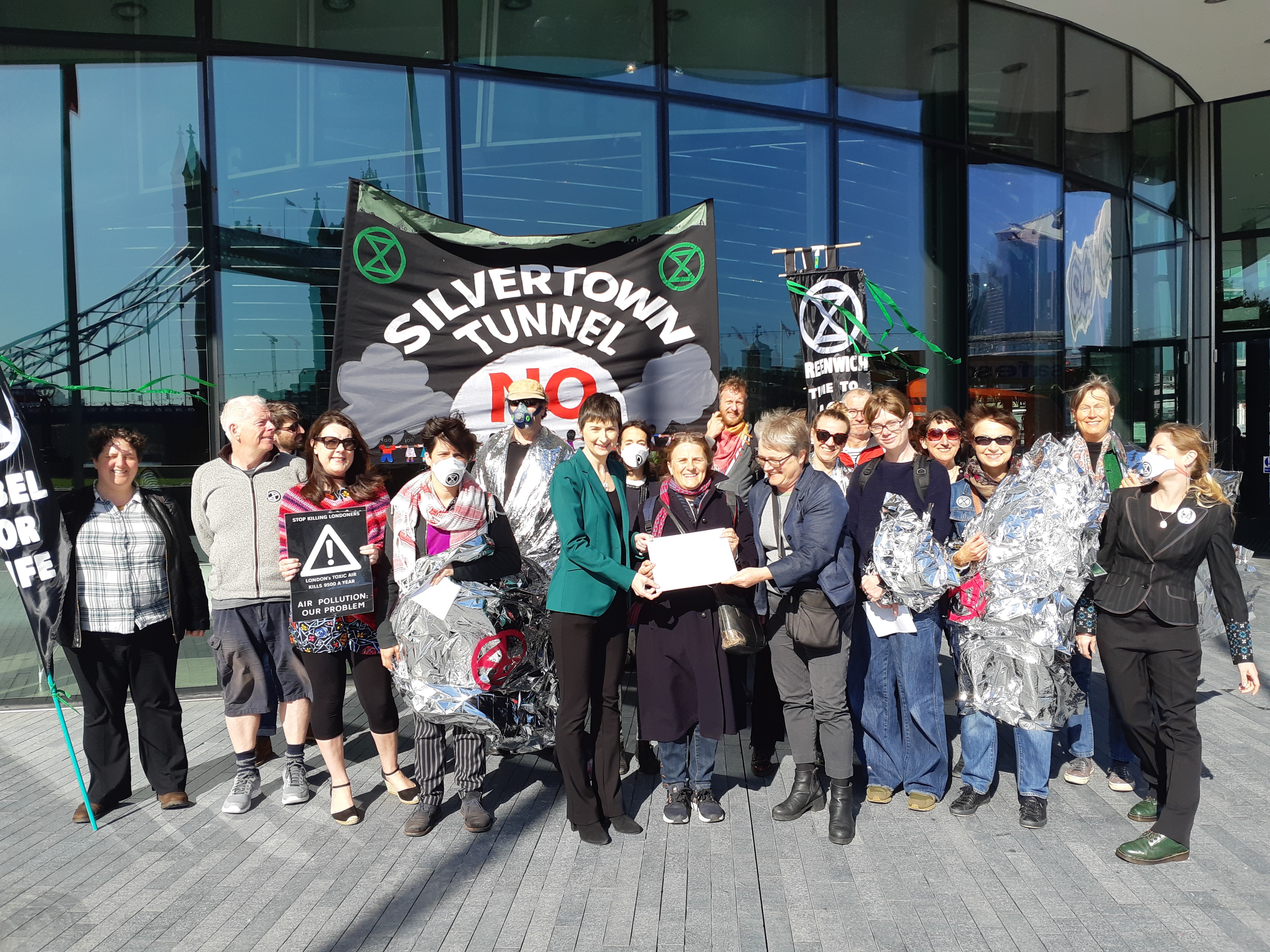 The fight against the Silvertown Tunnel is set to continue this week as climate change activists prepare to block more roads in the Maritime Radio area.

Extinction Rebellion participants are planning to block the A102 in Woolwich in protest against the Mayor’s plans for a major new tunnel linking the two sides of the Thames.

The planned Silvertown Tunnel, set to open in six years time, has had fierce opposition locally.

Campaigners say the new tunnel will make pollution even worse at one of London’s hot-spots and will cause a net increase of CO2 emissions and locks in heavy levels of motor traffic for decades to come, when we need to be reducing car use right now.  Meanwhile, the Mayor maintains that a new road will help alleviate congestion at Blackwall – which is constantly closed.

In the latest of a renewed campaign to put the Mayor off putting pen to paper on Silvertown contracts, Extinction Rebellion are preparing to protest at the Woolwich Road Roundabout on Friday.

The group said: “We are demanding the cancellation of the Silvertown Tunnel. It is retrogressive, irresponsible and un-affordable in a climate emergency.”

Leader of The Royal Borough of Greenwich, councillor Danny Thorpe, speaking during Councillor’s Question Time on Maritime Radio last week, told us that the borough is working to reduce carbon emissions following the recent deceleration of a “climate emergency”.

Greenwich Council is one of few councils to continuously back the new road, with Lewisham, and Hackney, opposing it.