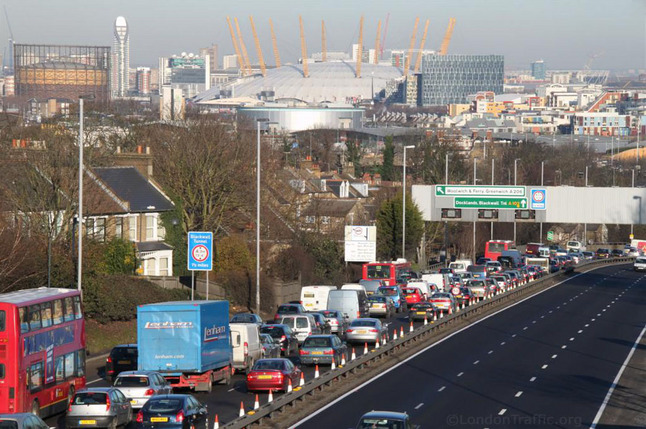 Plans to build a new twin-road tunnel beneath the River Thames in east London have been given the green light by the Department for Transport.

The Silvertown Tunnel will link the Royal Docks north of the river with the Greenwich Peninsula in the south.

Transport for London said the route will cut congestion and ease pressure on the Blackwall Tunnel, but opponents believe it will increase air pollution.

The tunnel is expected to be operational from 2023.

The twin-tunnel crossing will connect to the A1020 Silvertown Way/Lower Lea Crossing and the A102 Blackwall Tunnel Approach, following a similar path to the Emirates Air Line cable car.

Toll charges will apply for using the new crossing and the Blackwall Tunnel, which currently has no toll.

“Drivers using the Blackwall Tunnel regularly get caught up in delays of 20 minutes or more during busy times, leading to around a million hours being wasted in queues every year”, a TfL spokesperson said.

Mayor of London Sadiq Khan said he was “delighted” approval had been given for the crossing which “is vital for the future prosperity of east London”.

He added he was “determined to ensure the Silvertown Tunnel doesn’t have a detrimental impact on our environment.”

The Federation of Small Businesses welcomed the new crossing but said it was “vehemently opposed to a charge on the existing Blackwall Tunnel” because of the extra cost to small businesses.

“New roads attract new traffic, pollute the air and are incredibly expensive… Londoners need healthy streets where they can trust the air they breathe.”

The No to Silvertown Tunnel campaign group said the approval “sends a terrible message to the wider world: that London is closed to new thinking on how to deal with congestion”.