Wind Power in the Thames Estuary 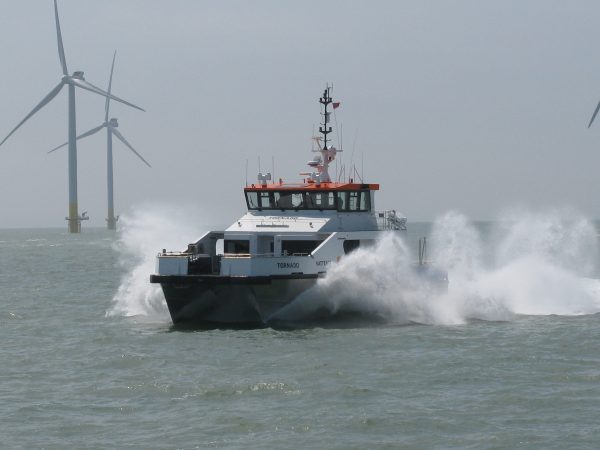 Wind Power in the Thames Estuary

This afternoon, we went out into the Thames Estuary to the Vattenfall Wind Farm on the North Kent Coast.

Bob set sail from Ramsgate Harbour aboard the historic vessel ‘The Balmoral’ on a course for the Kentish Flats Wind.

Nothing could be more pleasant than sailing out into the Thames Estuary on a summer’s morning, to spend best part of the day aboard the historic Steam Ship The Balmoral.

Often seen plying the waters around the UK and the River Thames, she cuts a fine sight sailing beneath Tower Bridge into the Pool of London.

Geoffrey, who runs the on board shop, loves sailing up the Thames and past Greenwich.

Invited aboard to partake in the Inauguration of the Kentish Flats Windfarm, we spoke to MP Roger Gale, members of the Balmoral Crew and Jason Ormiston of Vattenfall, the company that operate the Wind Farms in the Thames Estuary.

Jason Orminston has the job of being responsible for heading up communications for Vattenfall for the entire United Kingdom.  He told us about some of the ambitious projects planned.

Developments are also planned for the coast off Norfolk and Scotland.

Sir Roger told us he is a great fan of renewable energy from offshore wind farms.

Be Bop Deluxe – Ships In The Night