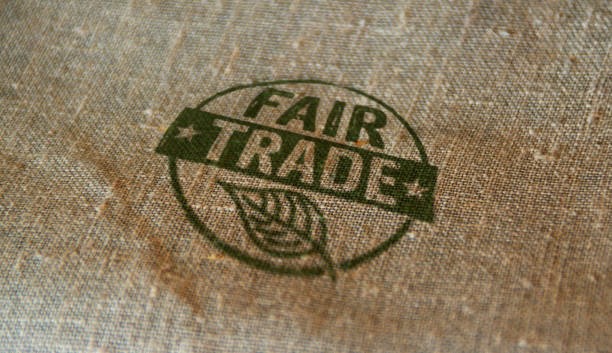 Fairtrade Fortnight – 21 February to 6 March – is in full swing with the Choose the World You Want festival. As officially-recognised Fairtrade borough, the Royal Borough of Greenwich is proud to support the campaign, which aims to shine a spotlight on the growing challenges that climate change brings to farmers and workers in countries at the forefront of the climate crisis.

To celebrate Fairtrade Fortnight, and learn more about Fairtrade products, everyone is invited to join our in-person workshops on Saturday 26 February at The Plumstead Centre and Saturday 5 March at Eltham Centre. We’ll be baking tasty treats with Fairtrade chocolate and bananas and making African jewellery and Fairtrade country flags.

The Royal Borough of Greenwich has been officially recognised as a Fairtrade council since 2006 for our commitment to the scheme and for promoting the aims of the Fairtrade Foundation. This includes buying Fairtrade goods and services wherever possible and providing advice to businesses and other organisations on how to get involved.

“As a proud Fairtrade borough committed to promoting and supporting responsible economic growth, the Royal Borough of Greenwich is flying the flag for Fairtrade Fortnight. Even with small shopping choices to buy Fairtrade, you can make a big difference, helping to promote a living income and dignified lives for the farmers and workers producing our food.”

Fairtrade Fortnight is an opportunity for individuals, communities, and businesses around the country to stand with farmers in countries like Honduras and Uganda who are impacted daily by climate change. Together we can all play a role in ensuring farmers can benefit from fairer prices, fairer trading practices and the resources needed for tackling the climate emergency. Purchasing products with the Fairtrade trademark means that workers and farmers in the developing world get better prices, decent conditions and fair terms of trade.

Fairtrade Fortnight events at the Plumstead Centre and Eltham Centre

To celebrate Fairtrade Fortnight, why not join us to make some healthy snacks and crafts? There will be workshops for:

How can you get involved?

Events to increase awareness of Fairtrade are welcomed by us and it is now possible for schools to be officially recognised as a Fairtrade school.

There are a range of benefits in signing up to the scheme, not only to support farmers and workers in the developing world, but also to offer students new skills and introduce a series of health-led initiatives.

Find out more about becoming a Fairtrade school (Fairtrade website)

An integral part of the Royal Borough of Greenwich’s Fairtrade plans is our Fairtrade Network, which helps monitor and enhance our Fairtrade development.

If you would like to play an active role in promoting Fairtrade by becoming a member of the group, contact the Chair, Councillor Miranda Williams, at miranda.williams@royalgreenwich.gov.uk.

Sign up to find out about fascinating and fun events featuring all parts of the global Fairtrade community, including Fairtrade farmers and workers, other climate campaigners and of course the amazing grassroots network.