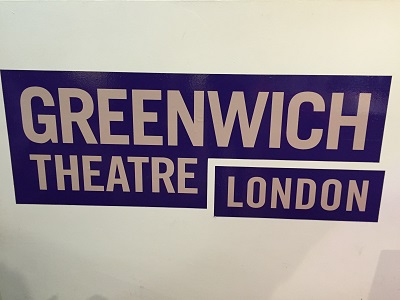 The Faction’s Romeo and Juliet by William Shakespeare.

Upon entering the Greenwich Theatre, I instantly felt at home.  The friendly welcoming atmosphere made for a pleasant pre-show coffee with my colleague. Once we had walked into the theatre, we had what felt like a fly-on-the-wall glimpse of the actors warming up. We were then introduced to the famous opening scene, the street brawl. What followed was nothing short of a multi-sensory delight. Dance music and background music amplified the performance throughout. The lighting was very creative, using hand lighting and lit props on occasion. The set changes were expertly executed. One minute the portable stage was a taxi, the next it was Juliet’s bedroom.

Rachel Valentine Smith’s brilliant directing gave the text life, pace and vigour. All with a very modern twist, thus cementing the fact that the text is still very much relevant to modern day society.

My colleague who admits that Shakespeare isn’t exactly his expertise, found the text was given enormous amounts of clarity and meaning. The actors skilfully drew in their audience, leaving them hanging on their every word. Notably, their beautiful delivery and impeccable timing were a highlight.

Christopher York’s Romeo was incredibly sweet. Paired with Clare Latham as headstrong Juliet, York and Latham could make even the most sceptical believe in the existence of love at first sight.

The eventual deaths of the star-crossed lovers came with utter heartbreak. So moving, that I was struggling to conceal my tears. A wonderful performance by all. Unmissable.

Romeo and Juliet opens The Faction’s 2015 rep season. If you want to find out more, check out The faction.org.uk and Greenwich Theatre’s website to book tickets and to check out their future productions.