Right up your street 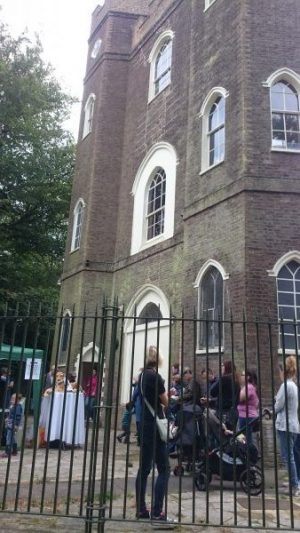 Right up your street

It was the last day of the Charlton and Woolwich Free Film Festival at the weekend.

A film with a local connection was shown this weekend.  Blow Up, shot in Maryon Park, is about a London photographer who finds something very suspicious in the shots he has taken of a mysterious beauty in a desolate park.

Iris and Wendy were among those in the park this weekend seeing if much had changed between when the film was shot in the 60s and the park present day.

Photographer Wendy tells us what fascinates her about the film Blow Up, shown this weekend

Iris, one of the organisers a walk through the park at the weekend, remembers the film being shot in Maryon Park

Also this weekend, Severndroog Castle threw open it’s doors to the public.  Among the visitors was Lord Mayor of Greenwich, Olu Babatola.

Lord Mayor of Greenwich reflects on a busy weekend in Royal Greenwich.

Laura, the Heritage Manager of Severndroog Castle told us it was the busiest weekend of the year, with lots of visitors, community groups and local musicians at the event.

Laura tells us about some upcoming events at Severndroog Castle.  Find out more here.