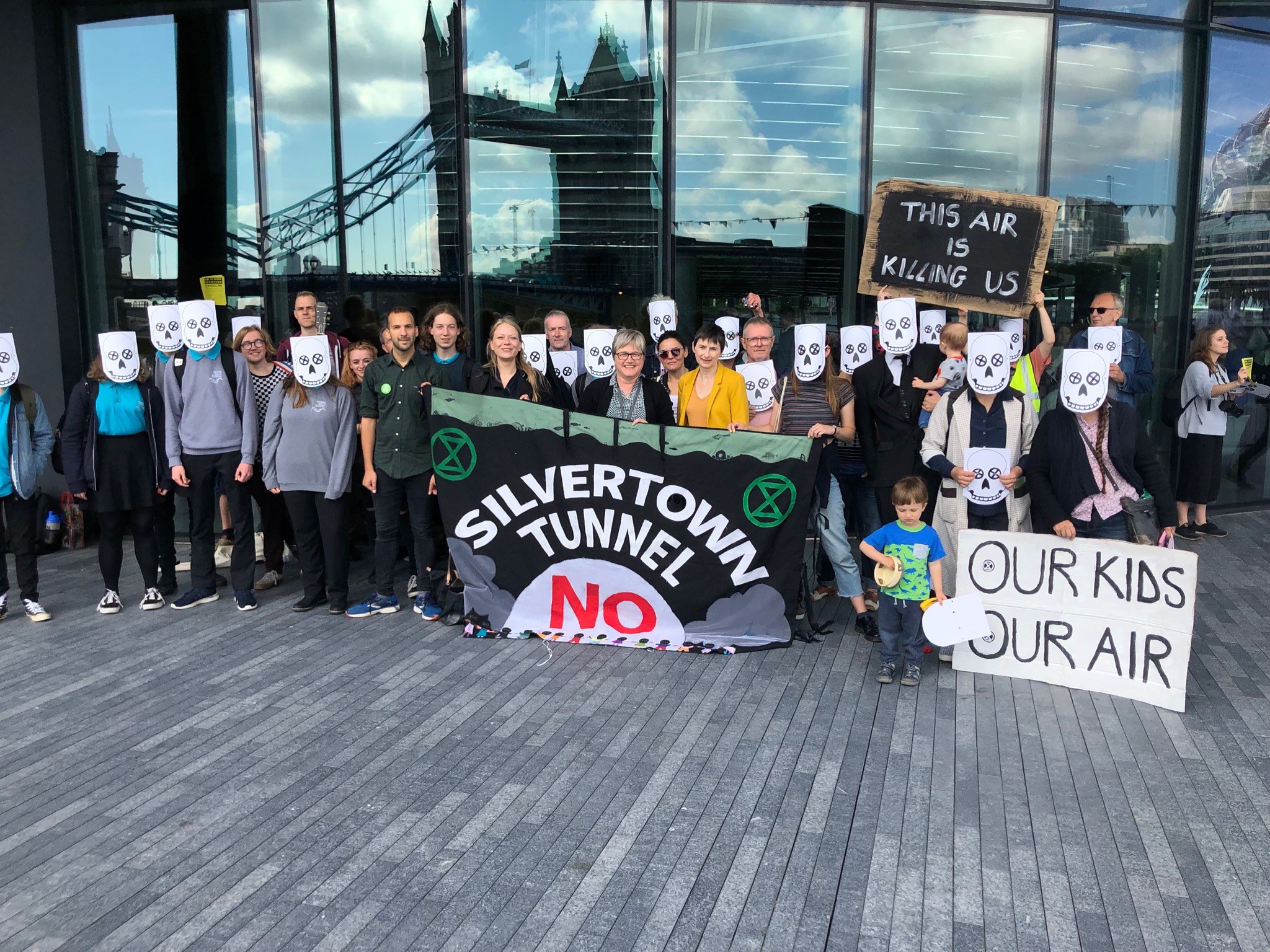 Residents and activists from east & south-east London have again pleaded with Mayor of London, Sadiq Khan, for the planned Silvertown Tunnel to be scrapped, as they protested outside City Hall on Thursday morning.

Along with children and teachers from Thomas Tallis School, they also lobbied London Assembly members who were attending Mayor’s Question Time, where London Assembly Members Caroline Russell and Caroline Pidgeon raised questions about the Tunnel.

Victoria Rance, who is one of the coalition’s organisers, said: “At this point when the contracts are about to be signed, we want Sadiq Khan to hear that we do not want it in Greenwich.

“Maybe Greenwich Council think it’s a good idea, but we don’t.  A new HGV tunnel is going to bring in HGV traffic. We don’t think Sadiq Khan is getting the message.”

She added that the children who attended from Thomas Tallis are very concerned for their future and are increasingly worried about the quality of the air they have to breathe.  Students from the school regularly take part in climate protests, which sees them walk-out of lessons.

A spokesman for Greenwich Council said it is securing the interests of residents through making sure the tunnel is implemented well in Greenwich.

“He can talk the talk about cleaning up air, but the contradiction to building a motorway under the Thames and the damaging impact on people in south east London is unacceptable.

“I think there are some people inside Greenwich Council who are unhappy but have gone along with the line of the Labour mayor. I just think it is wrong. The mayor’s own strategy promotes walking, cycling and public transport for 80 per cent of our journeys, you don’t need massive road tunnels if that’s how people will be getting around.”