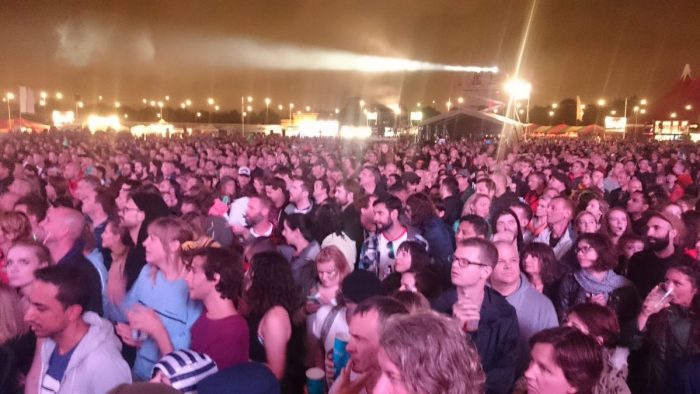 Blackheath’s festival of music, food and arts is underway.

The Lewisham and Greenwich NHS choir are also on stage.  They have enjoyed the past twelve months, with their Christmas number 1 from last December among their achievements.

The festival also includes food and activities for families.

The music wasn’t limited to just the stages, this “mobile” piano took the music into the crowd, literally!

Don Letts entertained the afternoon crowds on the iD stage.

Primal Scream played the Main Stage in the evening.

On Sunday, the festival was headlined by Belle & Sebastian, rounding off an awesome weekend!

Festival creator Terry Felgate told us it had been an amazing weekend, one of his highlights being Squeeze and the Lewisham & Greenwich NHS Choir performing together!