Opening the doors to Blackheath Halls 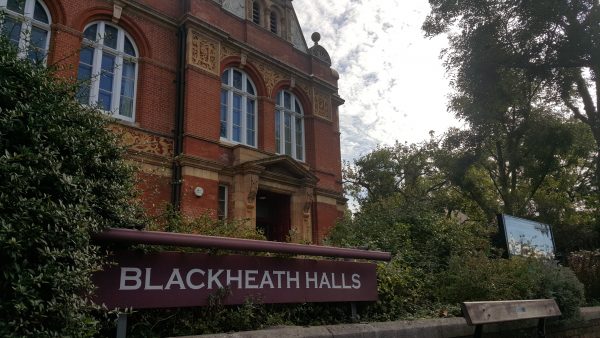 Opening the doors to Blackheath Halls

Blackheath is home to one of London’s premier music venues, but there’s more to Blackheath Halls than initially meets the eye!

Maritime Radio went inside to find out more.

Blackheath Halls were built in 1895 by William Webster, who wanted to create a specialist music venue.  They are among the oldest surviving purpose built cultural complex in London.

Over the years, the Halls played host to some of the most famous musical performers and public speakers of the early 20th century including Sir Edward Elgar, Dame Clara Butt, Sir Ernest Shakleton, George Bernard Shaw as well as Suffragette rallies. The building was commandeered by the Royal Army Pay Corps during the First World War and again taken over by the Ministry of Works in 1939. Through the support of local businesses and the community, Blackheath Halls was saved from demolition in the 1980s and fully re-opened in 1991.

Blackheath Halls Community Engagement Manager, Rose Ballantyne, told us more about the history and current day use of the Halls:

The Halls today comprise of the Great Hall and the smaller Recital Room.

Marketing Manager, Nicola Metselaar, tells us that often people think that Blackheath Halls is just a music venue, when in fact, they cater for many more forms of entertainment:

The Halls have recently welcomed speakers including Michael Portillo and comedians on the line-up include Marcus Brigstocke, while Squeeze front-man Glen Tilbrook is booked to appear in December.

Blackheath Halls are managed by Trinity Laban Conservatoire of Music and Dance.  Recently they have been given trans-formative funding of £2 million to use to improve the venue and make it really fit for the 21st Century.  Rose explains more:

To find out about forthcoming events at Blackheath Halls, see their website.