On your marks, get set, Marathon! 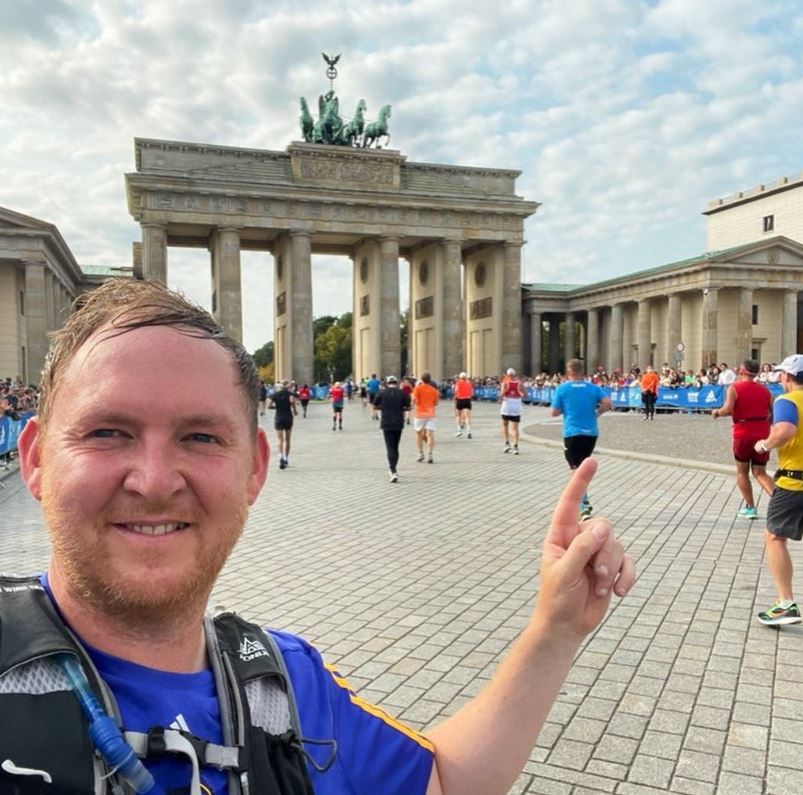 On your marks, get set, Marathon!

The leader of the Royal Borough of Greenwich, Councillor Danny Thorpe, has got a big week ahead as he runs not one, but two marathons for the Mayor’s charity appeal, which is supporting the performing arts organisation, Tramshed.

Tramshed is a local theatre company and community arts hub that offers performing arts programmes to young people and for adults with learning disabilities.

Having spent many months training by running around the borough’s fantastic parks and green spaces, Danny will be swapping the town hall for the starting line as he along with Councillors Matt Hartley and Roger Tester look to raise vital funds for Tramshed.

Councillor Thorpe ran the Berlin Marathon in just over four hours (4:18:15) on Sunday 26 September, but there’s no rest for the wicked. The council leader will be taking on the London Marathon this weekend, which starts in Royal Greenwich, all in support of the Mayor’s Charity.

Councillor Thorpe, said: “Tramshed has been an asset to Royal Greenwich for years and what an amazing cause to support. I want to ensure they can continue to inspire, challenge and entertain people of all ages from all backgrounds. Come along and show your support this Sunday!”

Jeremy James, Artistic Director at Tramshed said: “Tramshed are massively appreciative of Danny Thorpe running the London Marathon for Tramshed as part of us being the Mayors Charity. It is a crucial year for us as we all re-emerge from the pandemic, and we look forward to moving back into the refurbished Tramshed in 2022. This support will make a significant difference to our ability to run our programmes for young people and vulnerable adults.”

Show your support for Councillor Danny Thorpe and the Mayor’s charity by donating here, or sponsor Councillor Matt Hartley here.

Good luck to everyone running this weekend!