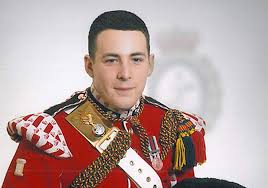 Greenwich council has confirmed that a memorial stone to mark Lee Rigby’s death will be installed this week, 6 years since Fusilier Rigby was brutally murdered outside the Woolwich Barracks..

In the unprovoked attack in 2013, which sent shockwaves around the world, Michael Adebolajo and Michael Adebowale mowed down the 25-year-old in a purple Vauxhall Tigra.

To mark the anniversary, Greenwich council has confirmed that there will be a memorial tree and stone placed at the site of the murder to remember him.

The stone will be installed this week, just before the anniversary on 22nd May.