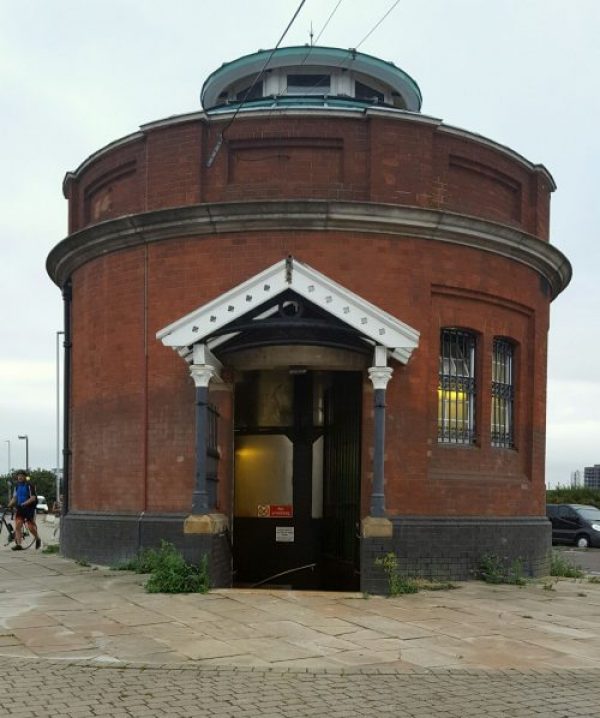 Work is due to begin to replace metal stolen from the roof of the entrance to the Woolwich Foot Tunnel.

The theft, which Police believe was discovered on 4 February, saw the covering of much of the roof of the tunnel’s southern portal stolen.

The Royal Borough of Greenwich maintains the 108-year-old tunnel now has to cover the cost of repairing the damage. It says the metal taken from the roof was worthless.

A council spokesperson told the 853 blog: “During the period up to 4 February 2020, much of the metal roof covering the Woolwich foot tunnel south side) building was stolen. The roof covering is in the process of being replaced and works are scheduled to start on Wednesday 19 February.

“This was a mindless act of criminal activity because the material that was stolen is worthless as scrap, yet the council now has to cover the cost of repairs.

“We have reported this incident to the police and if anyone has any information about the theft, please contact them on 101.”

The Woolwich Foot Tunnel is the longest Thames foot tunnel and crosses from Woolwich Riverside to North Woolwich.