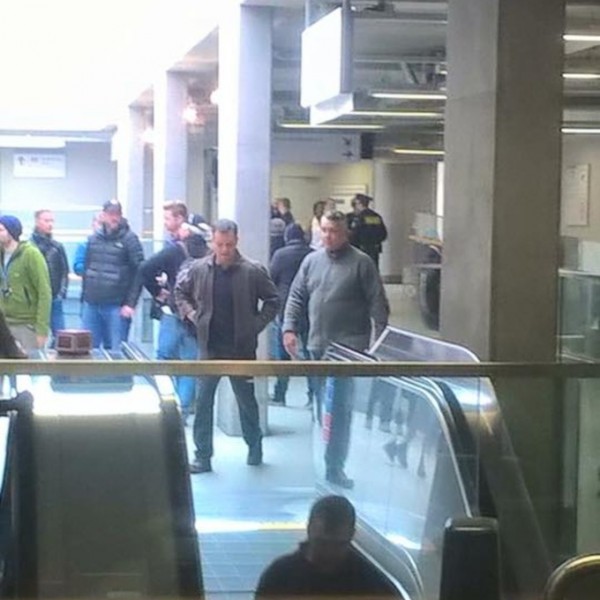 A touch of the Mediterranean came to our corner of London this week, as Woolwich doubled up as Athens for the afternoon.

To add to the excitement, Hollywood actor Matt Damon was spotted in Woolwich town centre.

The star was seen at Woolwich Arsenal station, as it was transformed into Athens for filming of the new Bourne film.

Passengers couldn’t believe their eyes on Monday when they saw underground maps of the Greek capital city and Athens written in English and Greek, Aohna, at the station.

Commuters were left in ‘total confusion’ as they wondered how they had been transported to the ancient city, one of the oldest in the world, with recorded history going back to around the 11th-7th century BC.

We have to admit, getting as far as Athens on your Oyster card isn’t a bad deal!

It’s not the first bit of Greece to come to our area however.  In 2012 a bronze statue was unveiled in the Royal Arsenal,  given to the Royal Borough of Greenwich by Ancient Olympia.

The four-metre tall sculpture, is of the Greek goddess of victory, Nike, and was presented following the 2012 Olympic and Paralympic games, in recognition of the boroughs contribution to the events.