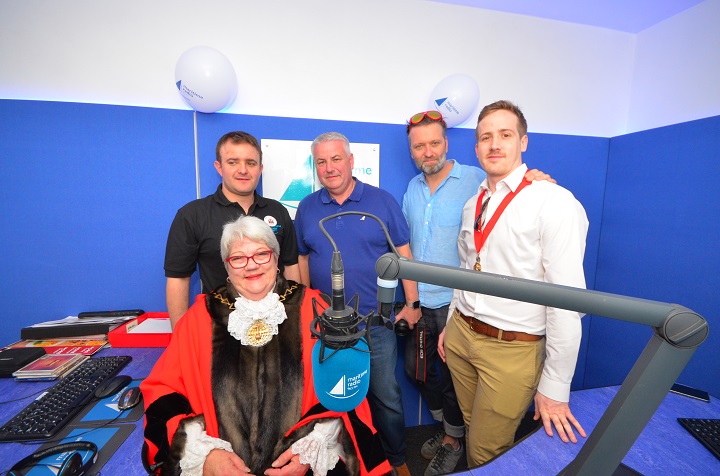 After years of planning, Maritime Radio is now Live!

The new local radio station serving the Royal Borough of Greenwich was officially opened by Mayor of Greenwich, Christine May at 11am on Saturday 2oth April. The radio station is live every day with more than 85 hours of live, local,  output every week. The team celebrated the launch with a tea party and cake for over 100 people, at their studios located at Shrewsbury House in Shooters Hill.  The radio station can be heard on 96.5FM throughout the Royal Borough of Greenwich and online. Cake by Mumma B’s of Lowestoft

Founder Duncan Martin said the support from the community has been fantastic.  ” We have over 50 people involved in bringing Maritime Radio to the listeners every day, from presenters and technicians to news editors and support staff.  We’re very grateful for to Shrewsbury House Community Centre for welcoming us in to their fantastic Grade II listed building and supporting our project.

We’ve had to be very careful not to cause any damage to a listed building, but were very lucky in having so many skilled people on the team, without whom we could not have got Maritime Radio off the ground!” As well as live programmes, there are regular local news updates from the Maritime Radio news team.

Maritime Radio gratefully acknowledges the support received from The Royal Borough of Greenwich, The Big Lottery Fund and the local businesses who are advertising on the radio station.