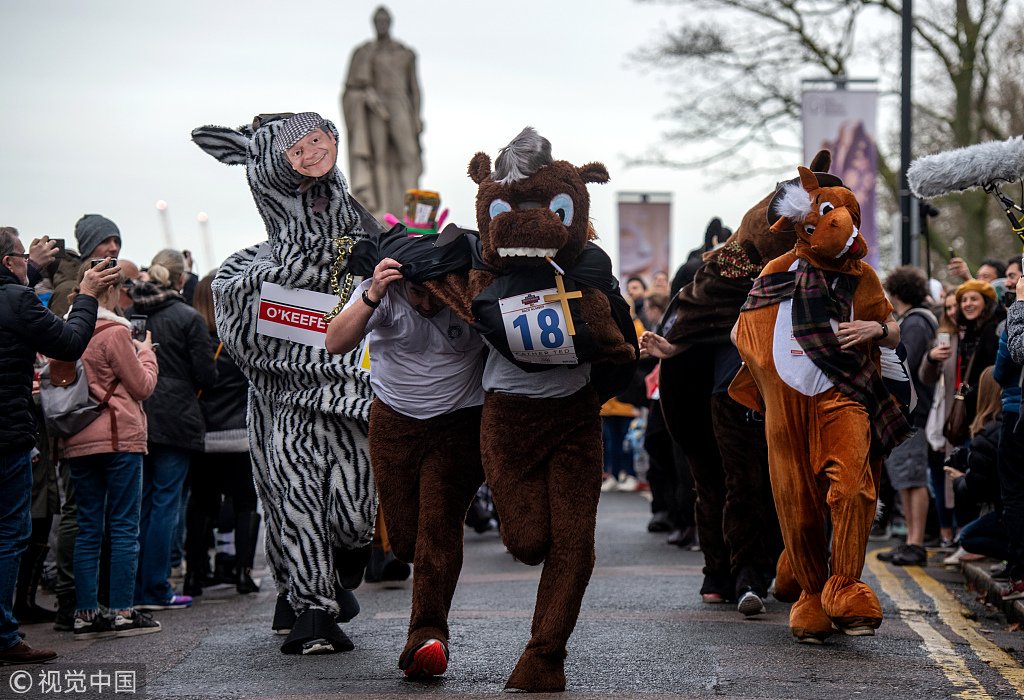 This December marks the 10th Anniversary of the London Pantomime Horse Race.

The madcap annual fundraiser, which began in 2009 as a small quirky community event in Greenwich, has seen its popularity grow each year and now regularly receives TV & Media exposure worldwide, along with racers from all over the world taking part and experiencing the fun and utter silliness that takes place each year.  This December, organisers are preparing to take it one step further with two simultaneous events taking place in London and in the United States, with the launch of its first ever panto horse race event that will be staged in Chicago, Illinois called ‘The Chicago Pantomime Horse Race’.

Star Wars fans are in also in for a treat with both events planning their own unique zany tribute to the classic sci-fi saga, with teams of panto horses, dressed in the style of various Star Wars characters as they race along the streets on a route containing random pit-stops, whilst navigating (human formed) asteroid belts, steeple jumps and a galactic space-hopper challenge towards the finish line.

In Greenwich, spectators will also be treated to a very special Star Wars themed street procession, featuring a battalion of Storm Troopers, Rebels, Jedi’s and Droids, who will be escorting the race teams towards the starting line at Devonport House, King William Walk.

Now organisers are calling for teams to sign-up for the race early this year and also help get behind a special fundraising campaign called ‘Help Rosie Walk’.

Rosie is a 5 year old girl from Greenwich, who has Spastic Diplegia – Cerebral Palsy and needs a life-changing operation in the United States that will give her the chance to take her first independent step for the very first time.  Rosie’s family have set up a Facebook fundraising Campaign page called ‘Rosie’s legs’, to help raise the £100,000 needed for Rosie’s operation and rehabilitation.  All proceeds raised from the London Pantomime Horse Race’s ‘Help Rosie Walk’ fundraising campaign will go direct towards Rosie’s operation.  Mark Biddiss, who has organised the race since 2009, has helped raise thousands of pounds for charity every year and being its 10th year anniversary in December, it would make it all the more special if London and particularly the Greenwich community gets behind the race this year to help Mark and the participating race teams raise £50,000 towards Rosie’s operation, and help make a young girl’s dream in taking her first steps, come true.  Making a difference to a young child’s life is what spurred Mark into starting the zany annual fundraising race in the first place.

This year, event organisers want you to get involved too!  They’ve produced a video to encourage you to sign up!