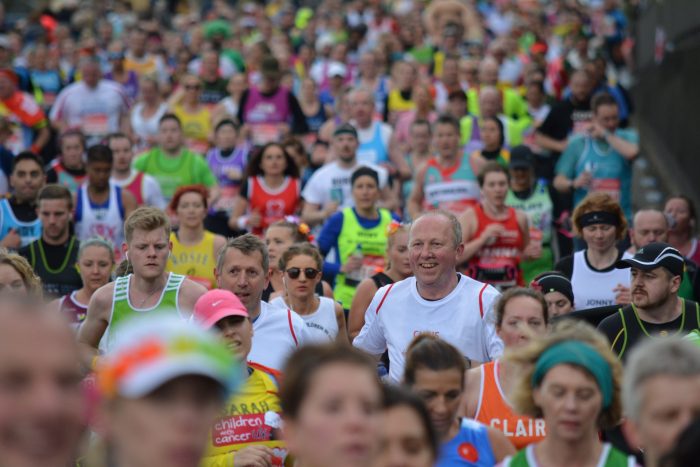 Tens of thousands of people are taking part in the 39th London Marathon.

Sir Andy Murray fired the starting gun at this year’s event as more than 40,000 people descended on the capital for the race.

The marathon has raised £1bn since it started in 1981, according to race sponsors Virgin Money.

Runners are targeting more than 80 Guinness World Records – including Sir Mo Farah, aiming to break his own British record.

“We would like to thank every runner, supporter, donator, charity, volunteer, sponsor, spectator, staff member and everyone else who has contributed to this wonderful total.”

Kipchoge, the Olympic champion who holds the course record, is looking for a fourth win in the race in five years. He has not been beaten over 26.2 miles since the 2013 Berlin Marathon.

Eight-time winner David Weir will compete in the wheelchair race for the 20th consecutive year.

A star-studded women’s field features four of the 10 fastest women of all time.

At the head of the pack, last year’s winner Vivian Cheruiyot is set to renew her rivalry with fellow Kenyan and world record holder, Mary Keitany.