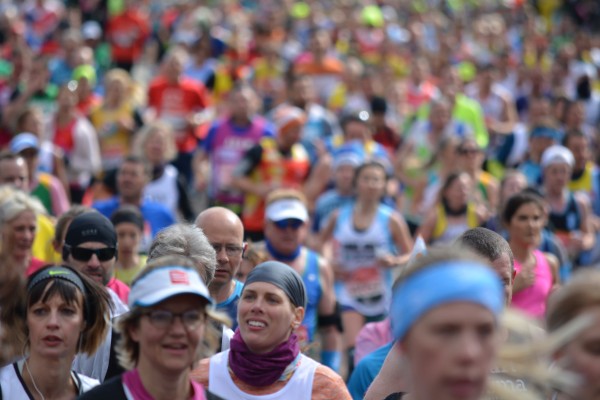 The 36th London Marathon saw 39,698 runners start the mass race in this year’s London Marathon, which set off from Greenwich Park and Blackheath this morning.  British astronaut Tim Peake provided the countdown to the start of the race, from the international space station, where he is also running, using a treadmill.

After the elite runners, the mass race begun, with many raising money for charity, running in a variety of costumes.