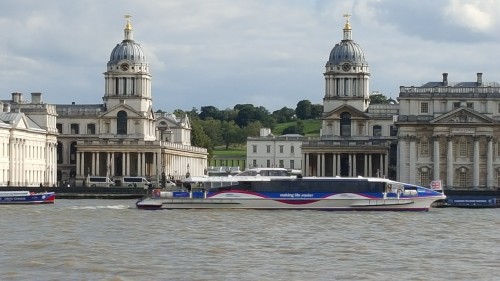 Every day, we’ll bring you a look at some of the buildings and places of interest located around Royal Greenwich.

There’s so many out there!  Send us your pics and suggestions to studio@maritimeradio.london, and we’ll post a selection here!

This is the long abandoned Victoria pub in Charlton, providing a warm welcome to visitors to the Thames Barrier!

Greenwich Council are currently looking at options to  demolish the site.

The 1939 former Art Deco style Greenwich Town Hall and Borough Hall.  In the 1960’s, the Town Hall in Woolwich became the main location for the council.  The Borough Hall is now home to a college and a dance centre.  Thanks to Will for suggesting this for our Local Landmark of the Day!

The remains of the Steam Factory in Woolwich Dockyard, where this imposing chimney still stands!  The original factory walls are also still standing here.

We’re back in Woolwich Dockyard again today.  This is the Clock House.  The grade two listed building, built between 1870 – 1879 to accommodate the Admiralty Superintendents Offices (it is rumoured that Admiral Nelson was a frequent visitor), sits close the bank of the Thames with wonderful views of the river from many of the rooms.  The Dockyard is steeped in history dating back to the iron age but the most notable goes back to King Henry VIII.  It is now home to the Clockhouse Community Centre Association.

Nelson, or to give him his correct title, Vice Admiral Horatio Nelson, 1st Viscount Nelson, 1st Duke of Bronté, stands proud outside the Trafalgar Tavern in Park Row, Greenwich.  The actual uniform Admiral Nelson was wearing when he was fatally wounded at the Battle of Trafalgar, can be viewed in the National Maritime Museum.

We’ll have more Local Landmarks next week!  Don’t forget to send us your suggestions and pictures, to studio@maritimeradio.london