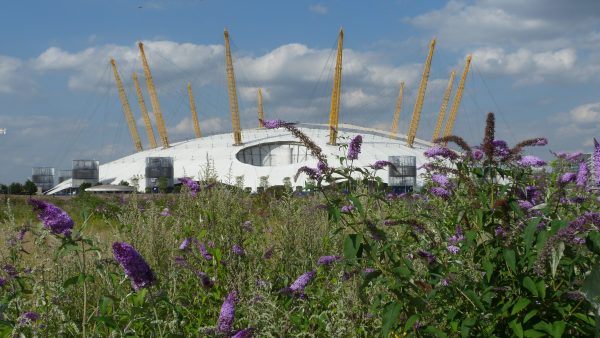 Every day, we’ll bring you a look at some of the buildings and places of interest located around Royal Greenwich.

There’s so many out there!  Send us your pics and suggestions to studio@maritimeradio.london, and we’ll post a selection here!

Well, you can’t miss it!  The iconic former Millennium Dome, now The O2 has become London’s premier entertainment venue.  Since it opened, the entire Greenwich Peninsula has undergone a transformation, which continues as more flats, shops and hotels are built.

If you were to take a walk under the Thames from Woolwich, this is where you would emerge!  the North Woolwich entrance to the foot tunnel.

Both the foot tunnels in Greenwich and Woolwich recently underwent a multi-million pound refurbishment project.

This Canon is down at Woolwich Riverside on the Thames path, now known as the Jubilee Greenway.  The most recent addition to the Walk London routes, the Jubilee Greenway is 60km long – one km for each year of the Queen’s reign, to link together all the major London 2012 Olympic Games sites.  You can see across the river to the Tate and Lyle sugar factory at Silvertown.

Across the river today, and it’s the Gallions Hotel, sent in by P J Crowley.

The grade II* listed Gallions Hotel was built between 1881 and 1883 and according to hidden-london.com, The Galyons were a 14th-century family who owned property on the shoreline. Gallions Point, at the entrance to the King George V Dock, is nine nautical miles below London Bridge.

These were dry docks but are now popular with the fisherman down in Woolwich Dockyard!  Bob has been trying o find out what they were used for.  If you know, please tell us!