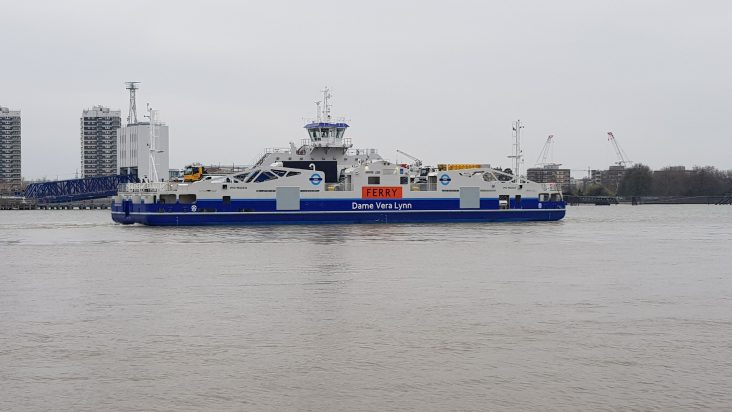 TFL and London Mayor Sadiq Khan have been accused of wasting £20 million on the new vessels which were brought in towards the end of 2018 to replace the ageing fleet.

But, the new boats have been beset with technical issues throughout the year.

The faults have even led staff to strike.  The service is reported to have suffered nearly a month’s worth of delays in the first half of 2019 alone.

That equals 27 working days – nearly an entire month. Power outages as well as the technical faults led to the strikes on the hybrid boats.

In the same time period before the new boats were introduced just two days were lost.

The new vessels were built in Poland last year and cost £9.7million each and were meant to be a cleaner alternative to the old system of three boats with two running at any one time.

Onay Kasab from the union Unite told LBC News someone somewhere has “clearly got ripped off.”

He said nobody was taking any responsibility for what has happened, “these aren’t just teething problems, these are huge technical problems.”

Passengers have been left frustrated throughout the past year, as the Woolwich Ferry has become frequently unreliable, as reported regularly on Maritime Radio travel and news bulletins.  Leader of the Royal Borough of Greenwich, councillor Danny Thorpe, recently expressed his frustration at the service speaking on Councillors Question Time.

About 20,000 vehicles a week use the free service across the Thames which opened in 1889, following the abolition of tolls across bridges to the west of London. An estimated 2.6 million passengers also use the ferry annually.

The new fuel-efficient boats can hold 150 passengers and 40 vehicles, and they were designed to improve reliability and reduce noise.

Danny Price, General Manager of Sponsored Services at TfL, said: “We’re sorry for the issues that Londoners using the Woolwich Ferry have faced this year – it isn’t acceptable and we have repeatedly made that clear to the vessel manufacturer.

“A taskforce of engineers has been created to resolve the power issues the hybrid engines have experienced.

“The Woolwich Ferry is an important part of London’s transport and we take its operations very seriously – that’s why we’ve invested in new vessels with much cleaner environmental standards and increased capacity.”

The Woolwich Ferry is a free public service, operating on this stretch of the Thames since 1308.