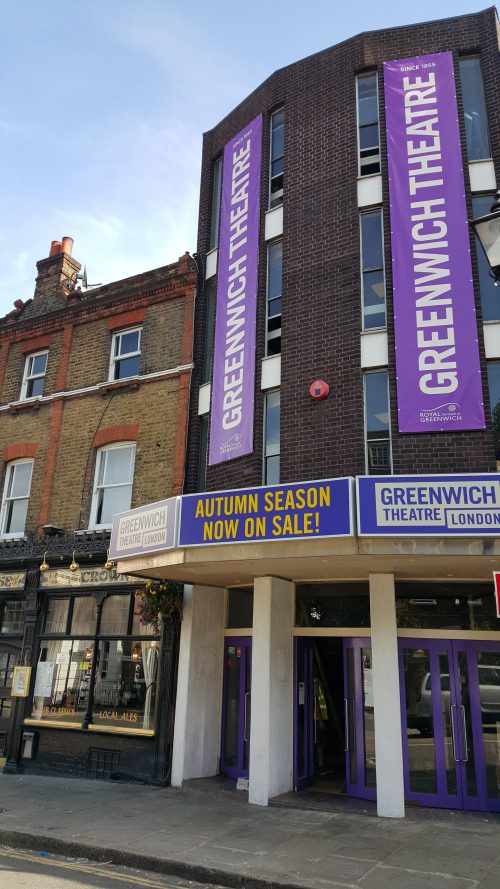 As Artistic and Executive Director James Haddrell explained to us, everything is being brought up-to-date, from the lighting and electrics, front of house areas to the toilets.

The theatre has been closed since March to allow for the refit to take place.  When we arrived, the bar area floor was being finished off.  James also told us how the roof has been fixed so that audience members don’t get wet during the show, as had happened in the past!

New studio space is also being added for smaller productions to make use of.

In the main auditorium, the stage was being set for the first show of the new season, “Garden”, a show produced in association with the Theatre.  James told us how the theatre aims to put their own unique stamp on productions.  Rather than just hosting touring companies, they also work on their own productions and are a respected venue in this field.

See what is showing at the Greenwich Theatre here.

Win tickets to see a show with us here on Maritime Radio next week, in our Room 101 competition in Greenwich Breakfast and Drive!