Greenwich stands together against hate and discrimination 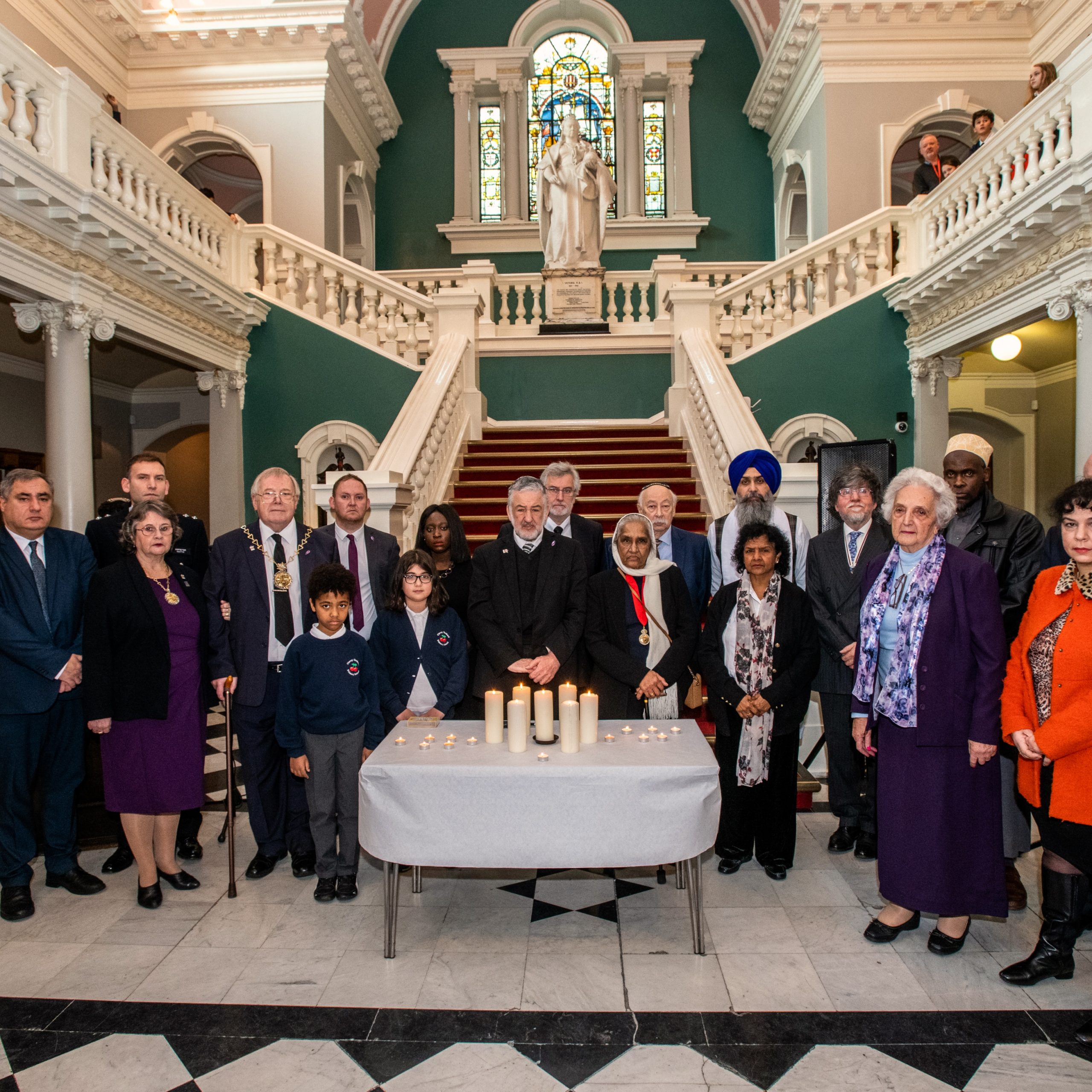 Greenwich stands together against hate and discrimination

As part of international Holocaust Memorial Day, Royal Greenwich came together on Monday 27 January to remember the many victims who suffered during Nazi persecution and in subsequent genocides around the world.

The theme of this year’s Holocaust Memorial Day was ‘stand together’ which explored how genocidal regimes throughout history have deliberately fractured societies by marginalising certain groups, and how these tactics can be challenged by individuals standing together with their neighbours and speaking out against oppression. The Leader of the Council and Mayor of Royal Greenwich also took the opportunity to condemn the recent racist graffiti that has appeared in the borough and reiterated that the Council’s efforts to tackle this remain undiminished.

Councillor Mick Hayes, Mayor of Royal Greenwich, said: “With increasing division in our communities in the UK and, indeed, across the globe, it is more important than ever that we reflect on the past and pass on the lessons learned to future generations to ensure horrific genocides never happen again. It was wonderful to see young people from three of our borough’s schools in attendance today and engaging in learning about the Holocaust. A special thanks to Cherry Orchard Primary School who performed during the service.”

The Royal Borough of Greenwich has commissioned Small Nose Productions to deliver a number of educational workshops in schools over the coming months which will teach students about the Holocaust, being able to see things through the eyes of someone else and being able to critically think about the next course of action.

Councillor Danny Thorpe, Leader of the Council, said: “It was a very moving ceremony this morning, with so many people from across our borough standing together as one community. Unfortunately, the anti-Semitic and racist incidents over the weekend in Royal Greenwich highlight the importance of events like this, ensuring that we do not forget the atrocities of the past and the circumstances that led to them. We will continue to confront prejudice and the language of hatred head on to make our borough a better place.”

The ceremony also included performances from Roland Perrin, Minouche Kaftel and Rev Cantor David Rome as well as prayers and candle lighting from faith leaders from around the borough.