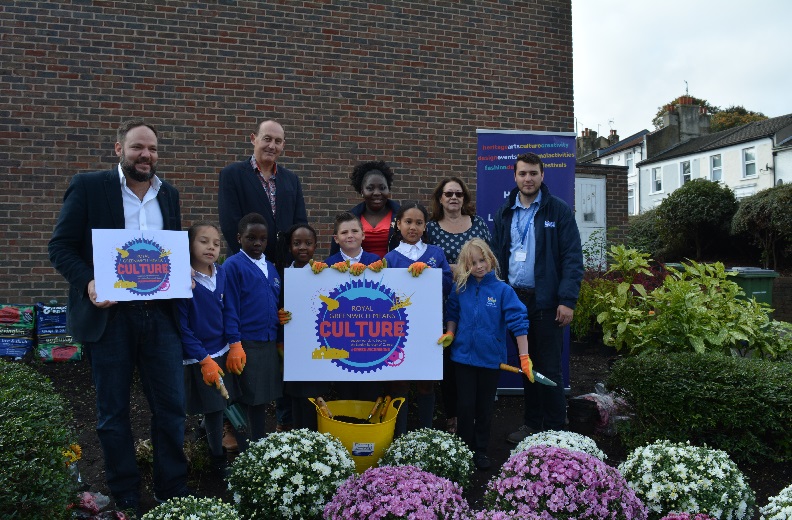 The council says the bid is an opportunity to put Woolwich, Thamesmead and the east of the borough on an equal footing with historic, maritime Greenwich.

The campaign was officially launched during the Woolwich Carnival on Saturday, 23 September, with the aim now to convince everyone that Greenwich deserves the accolade as the centre of culture in the capital.

Councillor Denise Hyland, Leader of the Royal Borough of Greenwich, said: “We want to work harder than ever to establish the Royal Borough as the definitive cultural destination, not just for London, but for the nation.

“With Greenwich+Docklands Festivals, we will work hand-in-hand with residents and community groups in every corner of the borough to make this an application by, and for, residents. Together, we will show Mayor Khan and Deputy Mayor Justine Simons, London and everyone why we deserve to be London’s Borough of Culture.”

Part of the plan is to make the borough look presentable and a key part of the bid, is to make good use of the myriad green spaces that Royal Greenwich has to offer.

On Thursday morning, teachers and pupils from Foxfield Primary School, together with nearby residents, were out planting flowerbeds near to the school.  They were joined by Councillor Jackie Smith, Cabinet Member for Community Safety and Environment.  She told Maritime Radio’s Duncan Martin why she feels Greenwich is the ideal candidate for Borough of Culture.

Greenwich + Docklands International Festival, GDIF, are partnering the borough for the bid.  Artistic Director of GDIF, Bradley Hemmings MBE was attending at the primary school and told us why he’s supporting the bid and how Greenwich residents can get involved.

Helping to make the borough look presentable, both for the bid to become London Borough of Culture and also so that people feel proud of where they live, Rune Sovndahl, CEO of Fantastic Services.  They are helping building gardens and outside spaces.  He told us that he’s been looking forward to the opportunity to make Greenwich look great, as it also benefits London as a whole.

The bid to be the London Borough of Culture represents a bold vision that will use the transformative effect of arts and culture to spearhead the economic and cultural renewal of the local area by:

With the launch of Maritime Radio as a full-time local radio station during 2018, the recent refurbishment of Greenwich Theatre and yearly events including the Tall Ships Festival, culture in the borough is already thriving.

Residents of the borough can get involved too.  Back the bid on Facebook, Twitter and Instagram, using #GreenwichMeans and spread the word of what Greenwich means to you.

You can also email your ideas of what you would like to see in the cultural programme if Royal Greenwich win.  Email culture@royalgreenwich.gov.uk.

Find out more about Fantastic Services on their website.