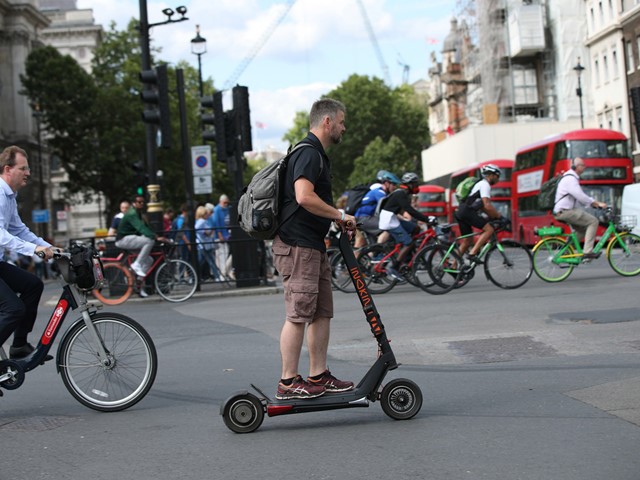 Greenwich council is warning residents that they could be fined if they use e-scooters in the borough.

Electric scooters, also known as e-scooters, have become increasingly popular, but many people may be unaware that it’s currently illegal to use them in any public space in the UK.

It means that they are illegal to use in places including on a pavement, public road or cycle lane as well as in parks or other open spaces.

Though the government has begun a rental trial of e-scooters in some areas of the country, privately-owned e-scooters cannot be used on public roads legally, as they do not meet the requirements needed such as MOT, tax, licensing and registration.

The government has also prohibited their use on pavements, pedestrian-only areas and spaces designated for cycle use.

Any person who uses one of these devices in a public space can be prosecuted, issued a fixed penalty notice of £300 and receive up to six points on their driving licence.

A recent prosecution took place against an individual illegally riding an e-scooter in Woolwich without insurance. The individual was issued six points against his licence, the e-scooter was seized and he must pay £199.

Councillor Jackie Smith, Cabinet Member for Community Safety and Enforcement said: “Until the government confirms if e-scooters can be introduced in a controlled and regulated manner, we’re encouraging residents and visitors in Royal Greenwich to opt for legal and safe methods of travel.”

Councillor Sizwe James, Cabinet Member for Environment, Sustainability and Transport said: “The Council recognises we need more active and sustainable methods of transport, and the most active forms of transport remain walking and cycling.

“We introduced our electric bike scheme back in 2017, allowing residents to borrow an e-bike for £10 a month, and this is a legal and healthy way to travel.”

The Council’s E-Z Cycle electric bike loan scheme was put on pause due to the pandemic but will resume in Autumn 2020 – for more information, visit the Royal Borough of Greenwich Website.