Get ready for the Royal Greenwich Christmas Crackers 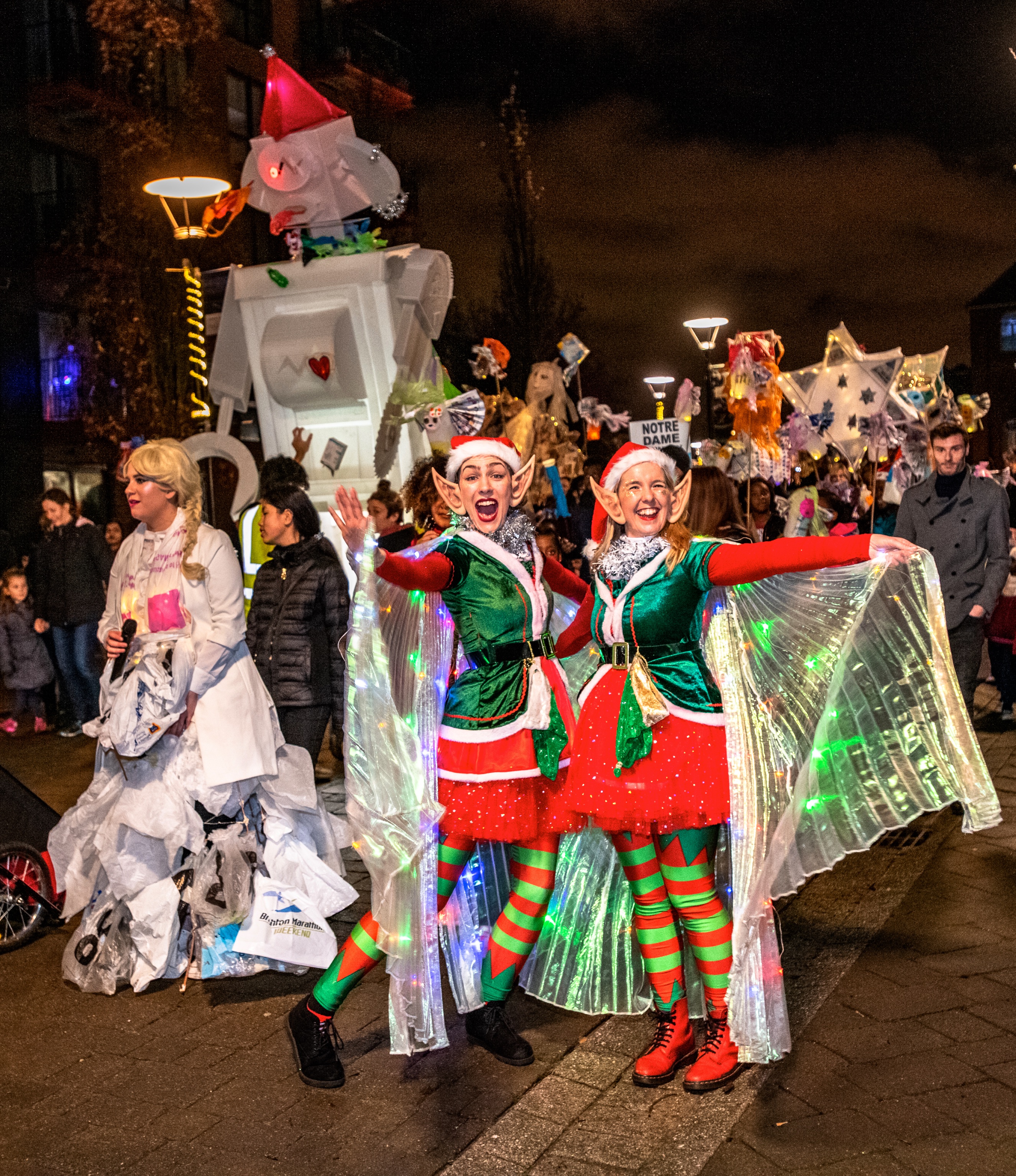 Get ready for the Royal Greenwich Christmas Crackers

The festive season is almost upon us, and the Royal Borough of Greenwich is busy decking the halls for its annual Christmas lights switch-on celebrations.

What better way to start the Christmas season than with spectacular parades of colourful handmade lanterns, live music, craft workshops and a visit from the North Pole. Sip hot chocolate, eat copious mince pies and take selfies in a human-sized snow globe at events in Greenwich, Eltham, Thamesmead and Woolwich.

Kicking off the festivities this year is Greenwich Lights On taking place on Wednesday 20 November. Performances from community choirs, Santa’s Grotto, a craft workshop and a fun fair provide the enjoyment in Greenwich Market from 4pm to 7pm at the event hosted in partnership with Greenwich Hospital Trust. There’s a free lantern making workshop on 16 November from 1pm to 4pm at Greenwich Market for the event’s lantern parade, which will lead to the Christmas tree lights switch on.

Jingle down to Eltham to see the movie-themed lantern parade lighting up the skies on Thursday 21 November when the Christmas tree lights will be switched on. Maritime Radio will host the stage on Eltham High Street where A Touch of Little Mix and other local acts will bring the Christmas cheer. A soft-play bus, street performers and a Meccano model display add to the celebratory atmosphere and the Eltham Centre café will be open late for a Christmas treat. Whether it is a movie-makeover, playing on our gaming bus or dancing in the silent disco, there’s something for everyone. Eltham High Street will be closed to vehicles from 3.30pm to 8pm for the celebrations. The event takes play 4pm-7pm.

Feeling creative? Make your own lanterns for the parade at a free lantern-making workshop at Eltham Library on Saturday 16 November, 11am to 1pm.

Get warmed up with delicious free hot chocolate and mince pies at Thamesmead Sparkle on Friday 29 November. The spectacular, run in partnership with Peabody, takes place from 3.30pm to 6.30pm at the Clock-tower, Joyce Dawson Way. It also features live stage music, street performers, food and craft stalls and a drop-in craft workshop for children. Don’t forget to say hello to the special guest from the North Pole too!

Step into Christmas at the magical Woolwich Winter Warmer on Saturday 7 December from 12 to 6.30pm. Organised in partnership with Berkley Homes, the extravaganza will have not one, but two live music stages hosted Maritime Radio featuring performances from local choirs and Ariana Grande tribute act The Dangerous Woman! Find unique, handmade gifts for family and friends at The Collective market, look out for El Carromato’s Big Dancers, take a ride on a pedal-powered sleigh and round it all off with a hot chocolate or mulled wine from one of the food and drink stalls while watching the firework finale.

Join the parade with your own lantern which you can make yourself on the day at a free lantern-making workshop in Woolwich Library from 11am to 2pm.

The Leader of the Royal Borough of Greenwich, Councillor Danny Thorpe said: “The countdown to Christmas is officially on as we kick off our celebrations in Greenwich. We’re expecting these Christmas events to be a popular as ever. I would encourage as many people as possible to come and experience the sights, sounds and smells of the season with friends and family at our magical events and get into the Christmas spirit.”

Maritime Radio will be broadcasting live from both events.