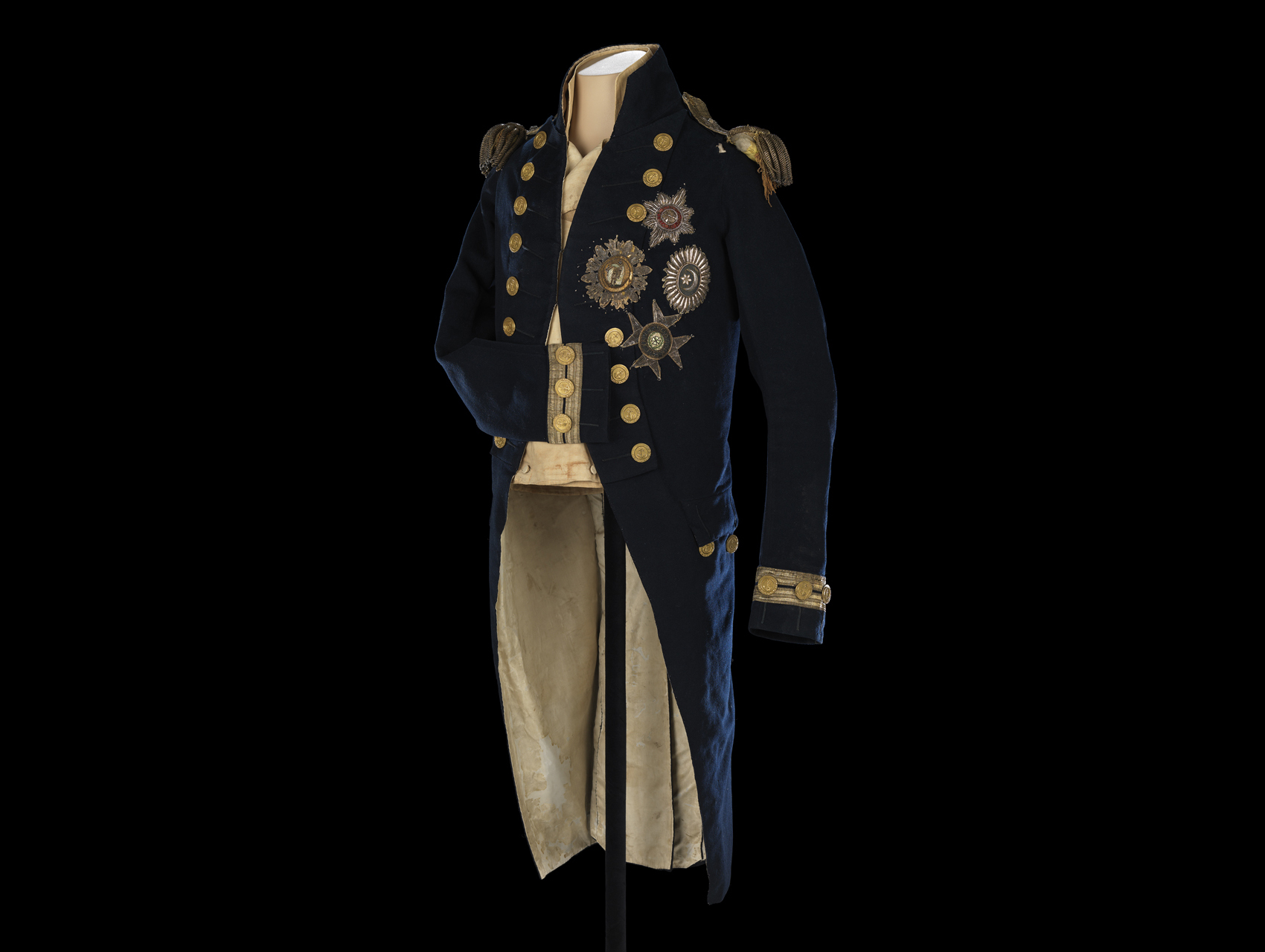 The Trafalgar coat and the death of Nelson

In a bittersweet moment in history, Admiral Nelson did triumph at the 1805 battle and as a result put a halt to Napoleon’s scheme to invade England. But this amazing naval hero paid for his victory with his life, dying aboard HMS Victory.

The bullet hole from the French sharpshooter who hit Nelson is visible in the left shoulder of the coat. There are also blood stains on the tails and left sleeve – thought to be from Nelson’s secretary, John Scott, who had been killed earlier in the action.

After he was wounded, Nelson was carried below deck. He lived for long enough to find out that the English navy had been successful in defeating the French and Spanish forces.

The garment is a beautiful vice-admiral’s undress coat, made from blue wool cloth with a stand-up collar, button-back lapels, gold trim and four orders of chivalry sewn on the front. Nelson had lost his right arm in a battle in 1797 and there is a small loop on the right sleeve of the coat to secure it to a lapel button.