Keith Turnbull – Knowing Soldiers to knowing Spies.. a chat with an author in denial

Keith Turnbull – Knowing Soldiers to knowing Spies.. a chat with an author in denial 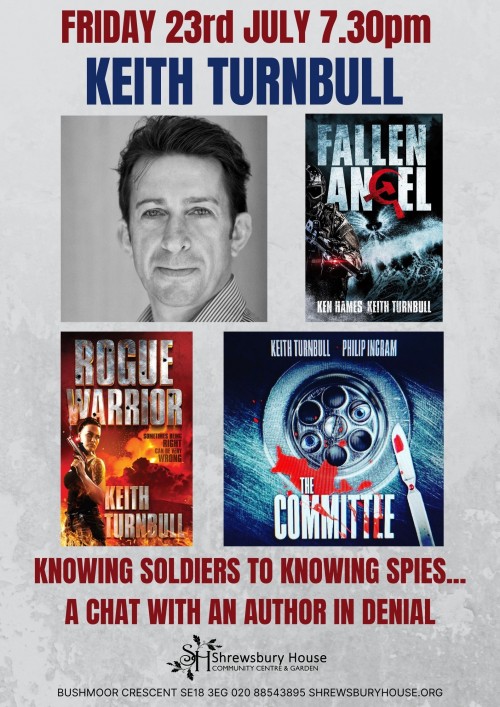 Graduating from Glasgow University with a Master’s degree in Politics, Keith found his way into defence sales, rising to director positions.  At one stage, he commanded a European-wide defence sector team.  He would travel daily to one European country after another. This ‘spell’ in the defence sector pulled him in for good.
Learning about the secretive side of commercial defence-related products and services his next move as a security-cleared contractor for the Ministry of Defence was an obvious move.  He would spend much of his time around military establishments
for all three arms of the Service, working with Officers and having his first hands-on experience of British special forces operations.
From the MoD, he moved to a classified position (Top Secret) within the British Foreign and Commonwealth Office in London and beyond. This secretive role brought him in touch with a huge array of other law enforcement, security, and the intelligence service(s) where he supported numerous projects.
Today, he continues to work, periodically in this environment along with his work in Open Source Intelligence (Osint). The writer of Fallen Angel (with SAS Major Ken Hames) and Rogue Warrior, both of which were well received. Book 3 is imminent ‘The Committee’ is a joint pending publication with former spy master Philip Ingram MBE.
This event is free, however we will be making a collection for Homes for Veterans, a charity which Keith supports.
+ Google Calendar+ iCal Export