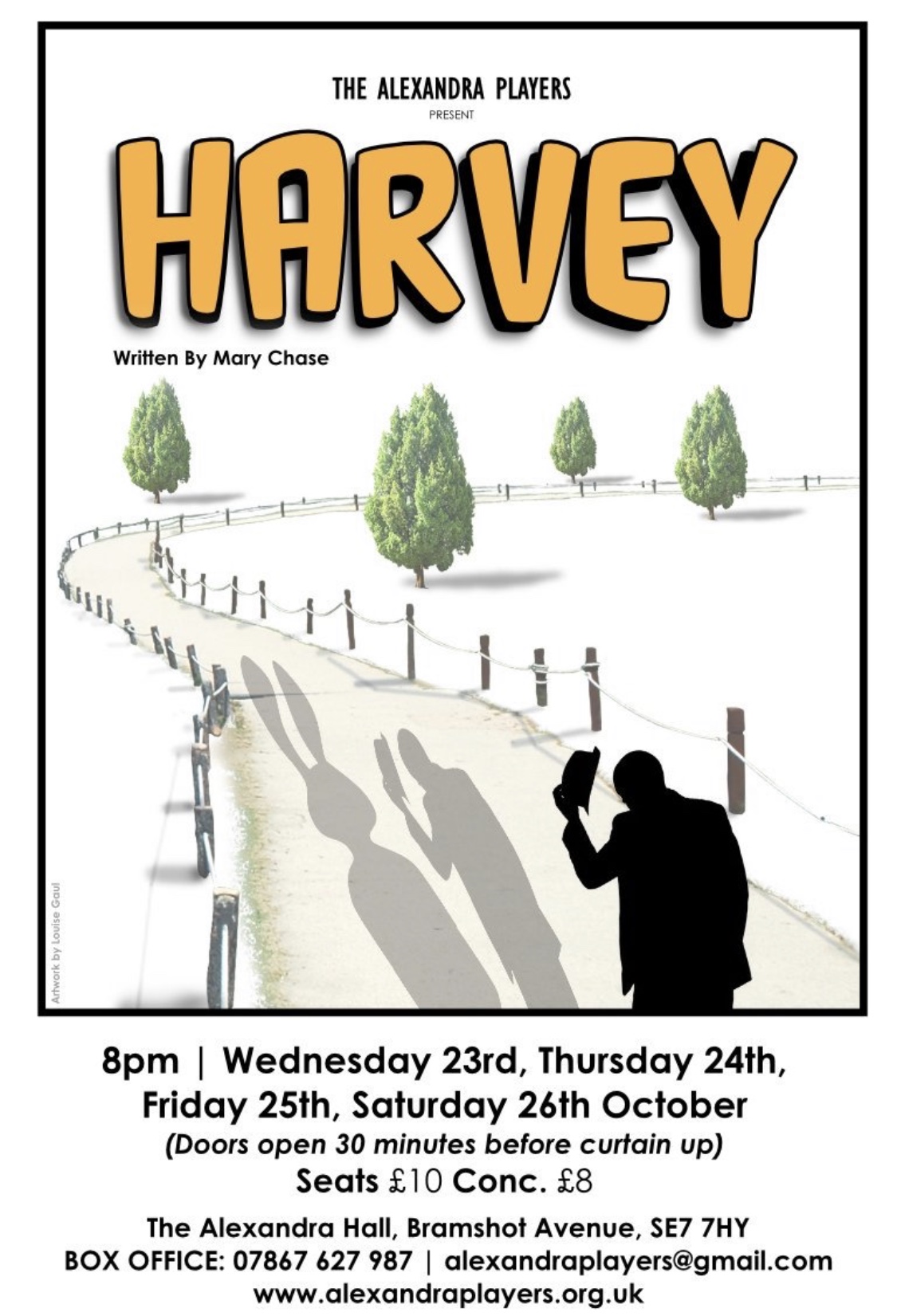 Mary Chase introduced HARVEY to the world in 1944. It was a huge success and in 1945, it received the Pulitzer Prize for Drama. The play ran for 5 years on Broadway and was also enjoyed by audiences in the West End when the production came to the Prince of Wales Theatre, London in 1949.

Many will recount the unbeatable portrayal of Elwood. P Dowd in the movie by American Actor, James Stewart – one of the most honoured and popular stars in film history.  The actor even revisited the part, some years after the 1949 theatrical production in London and the movie in 1950 – by playing the character once again in the West-End revival that returned to London in 1975.

For those of you unfamiliar with the film or play, it tells the tale of Elwood P. Dowd – a gentle but wealthy drunk who starts having visions of a giant rabbit named Harvey. Elwood lives with his sister Veta-Louise and her daughter, Myrtle Mae. Veta worries that Elwood has gone insane and in the process of trying to have Elwood committed, admits that she too occasionally sees Harvey herself. The director of the Sanatorium – Dr. Chumley, tries to reconcile his duty to help Elwood with his own growing experiences with Harvey.

Directed by Louise Gaul (who last year directed our production of Terence Rattigan’s The Deep Blue Sea) – HARVEY features many familiar faces from The Alexandra Players.

WITH A SPECIAL MUSICAL ACCOMPANIMENT

(Watch a special video documenting the recording of this on YouTube, here: https://youtu.be/NxGFED-37q8)

HARVEY is the last production in The Alexandra Players programme for 2019 and will be performed at The Alexandra Hall on Bramshot Avenue.

The play opens on Wednesday 23rd October for 4 nights only and the box office is NOW OPEN!

Tickets cost £10 and £8 for Concessions.

You can book your tickets right now via the WHAT’S ON page on our website, by sending us an email – alexandraplayers@gmail.com – or by calling/texting your request to us on 07867 627 987

We hope you will come along and join us one evening!  There is an interview of approx. 20 minutes.