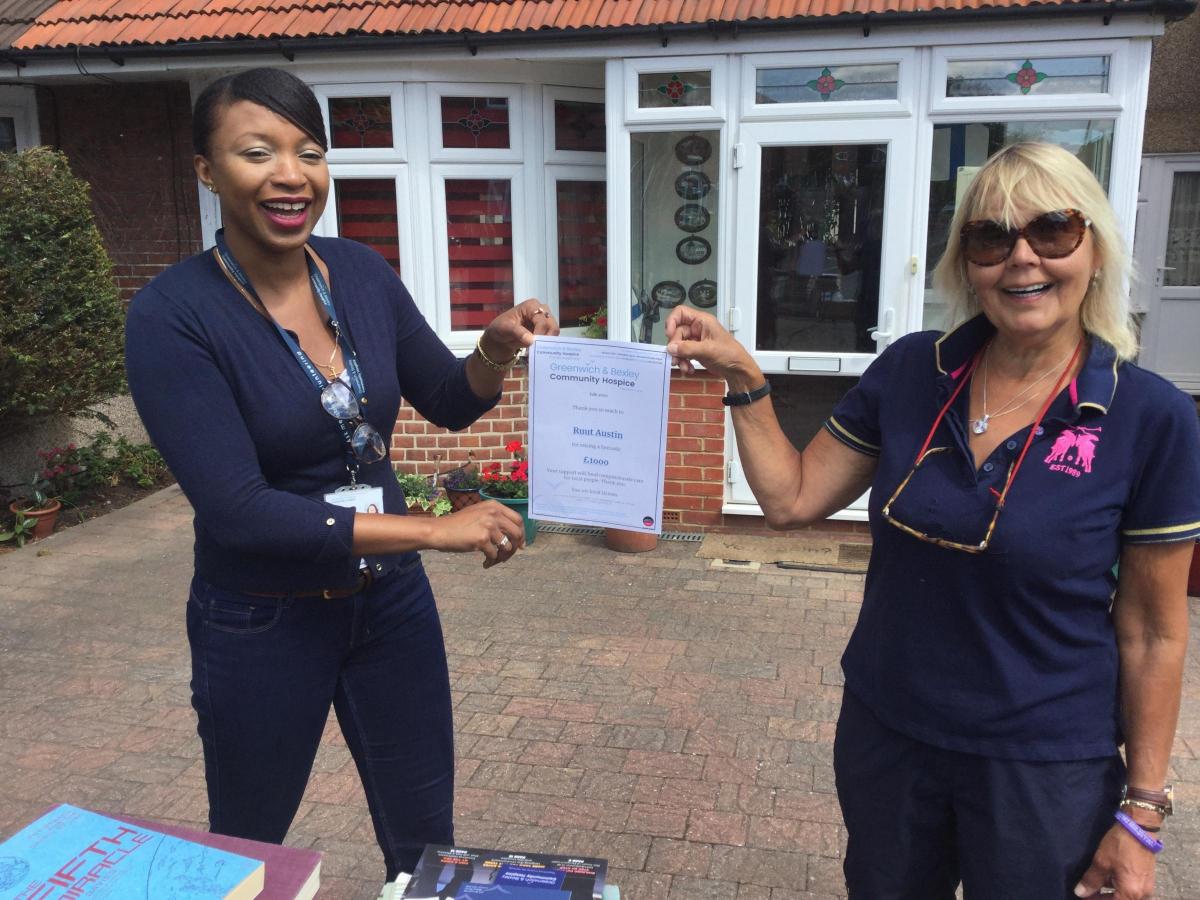 A small act of genorosity by a Bexleyheath resident has “grown into something much bigger”, with more than £1,000 being raised for a local hospice stricken by coronavirus.

Following a simple clear-out of books undertaken by Ruut Austin at the start of the lockdown, the Bexleyheath local decided to place the stack out the front of her house with a small tin for donations if any passers-by fancied one.

“It was one of those things at the beginning of lockdown where people were clearing out their rooms and bookcases, and Ruut thought she’d put them on a table with a tin for donations,” ward member and neighbour, Cllr Linda Bailey said of the move.

Cllr Bailey said at the time there was no shops open and “people were desperate to read”.

Pretty soon, the move saw people walking or driving past stopping to pick up a book and have a chat – and it wasn’t long before other community members joined in on the efforts by dropping off their own books for donation.

Soon, Ruut’s own donations ballooned from being placed on one solitary table, to being spread across three in total.

Manning the stall for hours almost every day for the last seven weeks has seen Ruut raise £1,000 for Greenwich and Bexley Hospice with donations from residents far and wide.

On July 29 she donated the cheque to a “delighted” Deborah Abodunrin, the hospice’s corporate fundraiser, although the humble book sale is yet to stop.

Cllr Bailey said Ruut’s move had “grown into something much bigger” and had provided  a welcome boost to a hospice which has had to close and curtail its own fundraising activities during the pandemic.

In addition, she had helped foster a sense of community during the often isolating experience of lockdown.

“It’s been very much a community thing here – you’ve got people who have living here for 20 years who are meeting their neighbours and helping,” Cllr Bailey said of the fundraising effort.

“It’s been really good for the community.”

Article and pictures taken from Newsshopper.