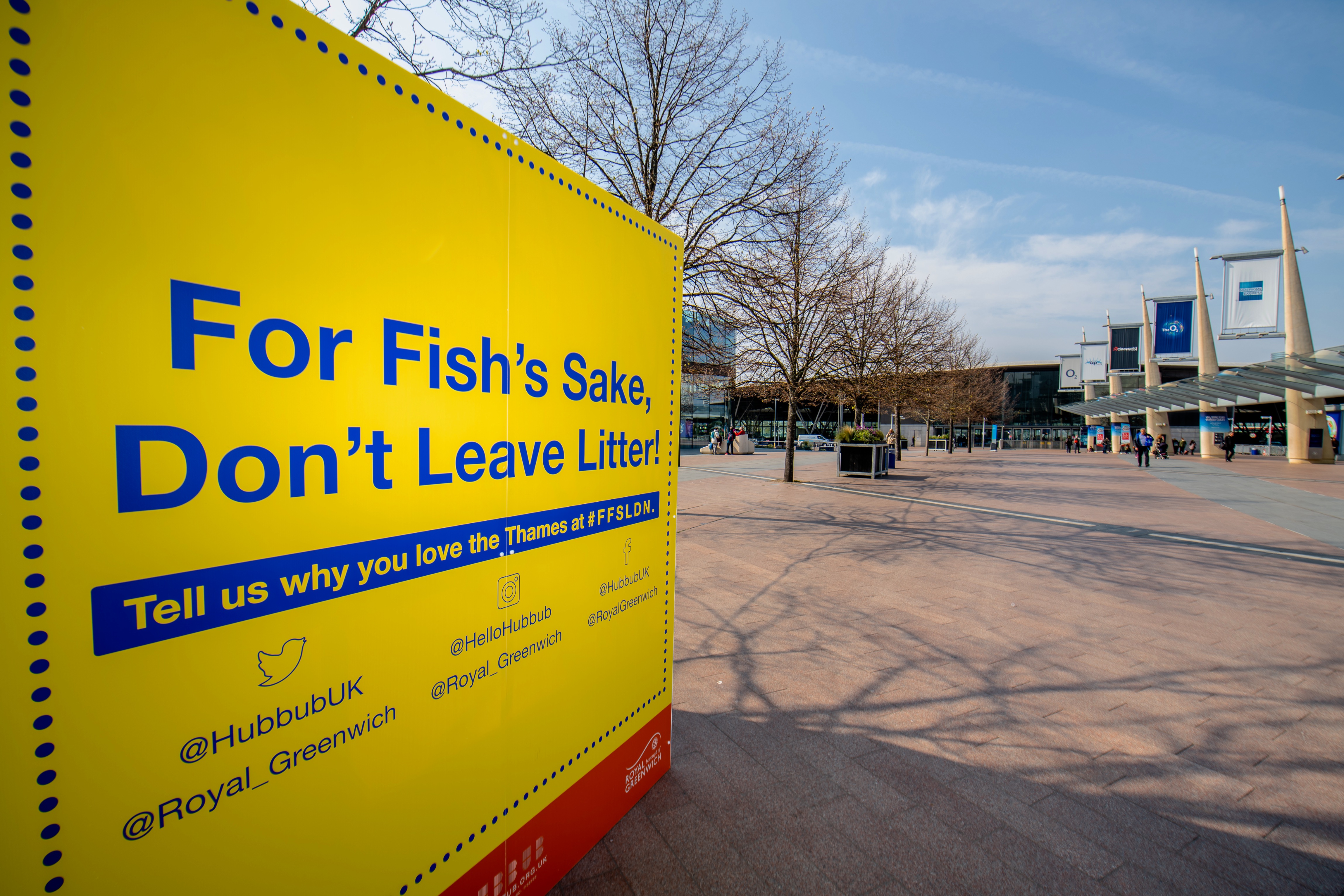 The Royal Borough of Greenwich has teamed up with environmental charity Hubbub to bring their “For Fish’s Sake” cube to Royal Greenwich. The campaign helps to raise awareness of plastic pollution and encourages London’s residents, commuters and tourists to stop the flow of litter into the River Thames.

The cube is outside the O2 arena and will move to riverside locations across the borough, including the Peninsula Ecology Park, Royal Arsenal Riverside, Greenwich Town Centre and Thamesmead. The cube shows a variety of facts that highlight the importance of the Thames and the harm that litter – particularly food packaging and cigarette butts – has on fish and other marine life.

“The Royal Borough of Greenwich has the longest stretch of riverfront in London, with 8.5 miles of walking and cycling routes for most of the length of the Thames. Over 300 tonnes of rubbish is cleared from the river each year, not to mention what sinks to the riverbed or what gets washed out to sea. We love the Thames, and we need residents and visitors to do their bit to keep it clean. Our message is clear – use the bin – not the gutter, not the river, not the pavement. If you aren’t near a bin, wait till you find one or take it home.”

“We’re really pleased to be hosting the #FFSLDN cube at The O2. As the world’s busiest music and entertainment destination, we have a responsibility to be consistently forward-thinking when it comes to sustainability. We have implemented a huge range of initiatives over the years and it’s great to be able to support this campaign, especially considering our home on the Thames.”

“For Fish’s Sake (#FFSLDN) is a campaign that aims to reduce river litter through bright messaging and playful intervention. So far the campaign has been taken to London Bridge and Putney, so we’re really excited that the #FFSLDN cube has come downriver for a tour around Greenwich. We’re hoping that this will further increase public awareness about the issue and encourage everyone to take care of th Thames, for fish’s sake.”

The Council is encouraging online interaction from residents and visitors to find the cube and post their own photos using the hashtag #FFSLDN.