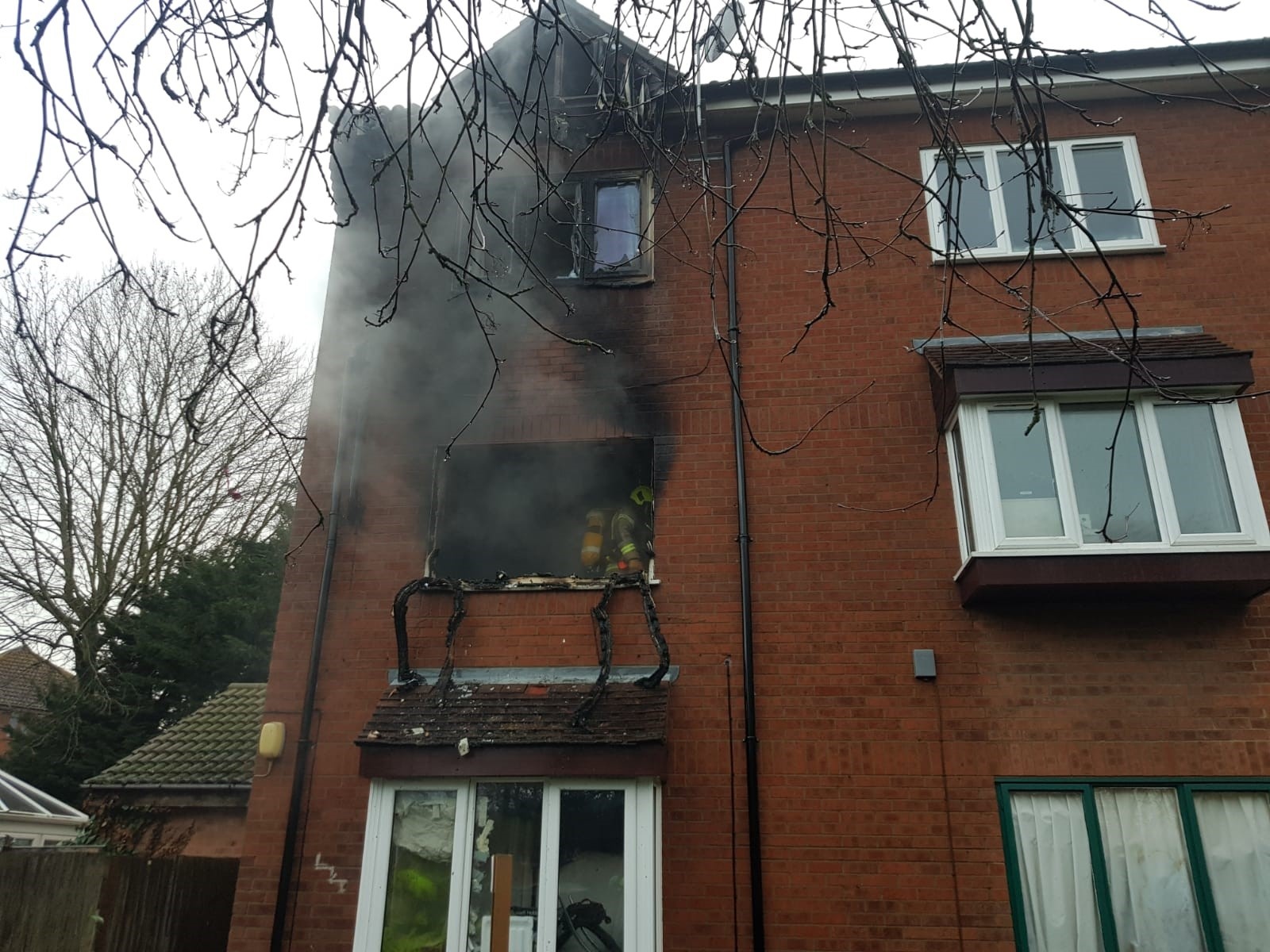 Six fire engines and around 40 Firefighters from Plumstead, Erith, Bexley, and East Greenwich were called to a flat fire on Chadwick Way in Thamesmead earlier this morning (Wednesday 6th January 2021).  A first floor flat in a three-storey block was destroyed by the blaze and also part of a second floor flat was also damaged.

A man and two women were taken to hospital by London Ambulance crews.

Statoin commander Lisa King who was at the scene said “Crews were faced with a very well developed fire when they arrived and worked hard to bring the blaze under control.”

“There were a lot of possessions and clutter in the property which made it challenging for firefighters.”

“Hoarding means exit routes can become blocked, making safe evacuation more difficult.  Fires can also spread much faster, especially when there are flammable items such as newspapers or cardboard.”

The cause of the fire is not yet known.