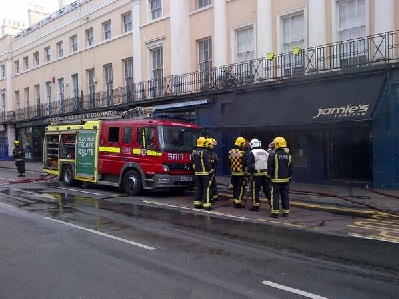 A fire crew attended a fire in Nelson Road on Sunday afternoon.

Smoke was seen coming out of the building which houses Jamie’s Italian in Greenwich Town Centre at 1.10pm.

Up to 100 diners were evacuated from Jamie’s Italian restaurant after a kitchen fire broke out.

The fire affected a small area of the kitchen at the Nelson Road, Greenwich branch.

All diners left the restaurant before London Fire Brigade arrived and nobody was injured.

Traffic was reported to be busy in the area.  One fire engine was in attendance.