Fatberg as big as a bus removed from Greenwich sewer 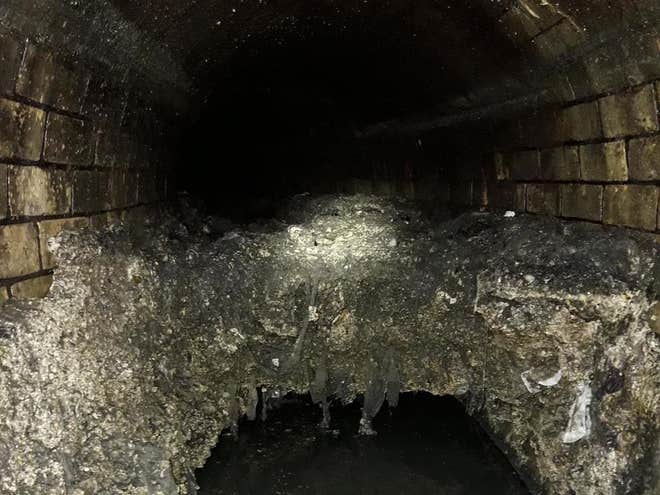 Fatberg as big as a bus removed from Greenwich sewer

A “disgusting” 40-tonne fatberg the size of a double-decker bus has been cleared from a  sewer in Greenwich after engineers pulled part of it out by hand.

Although its size was comparable to that of a double-decker bus, its density meant that its mass was equivalent to more than three of the huge vehicles.

Over time the blockage had grown to take up 80 per cent of the sewer’s capacity at some points – and if left unchecked could have caused filth to back up into nearby homes and businesses.

Engineers from Thames Water spent three weeks using high-powered water jets to blast it into smaller pieces before removing the debris with their hands.

“This was a massive and disgusting blockage that took a great deal of effort and teamwork to clear and get the sewer working well again,” said Matt Rimmer, Thames Water’s head of waste networks.

He urged the public to make sure they only flushed urine, faeces and toilet paper to prevent the development of further monstrosities.

Fat and oil should be put in the bin rather than down the sink, Mr Rimmer added.