Erith and Thamesmead MP calls for back to work budget 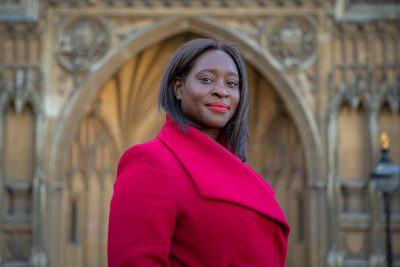 Erith and Thamesmead MP calls for back to work budget

A local MP is calling for a package of economic measures to save jobs in the area.

Nearly 1 in 4 people of working age in Erith and Thamesmead are currently relying on the Job Retention Scheme (16.7%) or the Self-Employment Income Support Scheme (7.22%).

Erith and Thamesmead has also seen a rise in people claiming for Universal Credit and other benefits last month,  since the outbreak of coronavirus, which she says, hints at the scale of the looming jobs crisis in the area.

“We need an urgent package of economic measures with a clear focus: Jobs, Jobs, Jobs.  Supporting this, we need a strategic withdrawal of support schemes tailored to the needs of specific sectors and areas”, Ms Oppong-Asare said.

“Labour called for and welcomed these schemes, but we are concerned about their abrupt withdrawal which risks pushing millions of people into unemployment. The Chancellor plans to withdraw support for all sectors and areas of the economy at once and has not linked his plan to other public health measures, such as easing social distancing guidelines where it is safe to do so.

“This one-size-fits all approach won’t work for sectors like hospitality. Pubs, restaurants and cafes will be operating well below capacity when they eventually reopen, and their fortunes are closely linked to the decisions that are taken on social distancing. It makes no sense to withdraw support for the 2,315 hospitality workers in Erith and Thamesmead at the same time as sectors that are operating as normal and will need less support.

Similarly, firms relying on tourism face losing the majority of trade from the summer high season. Snatching away all support in October, just as the high season ends, could be ruinous for the tourism sector and the roughly 1,640 jobs it creates in Erith and Thamesmead”.

There was some good news in south east London this week, as some shops and businesses were able to begin trading again.