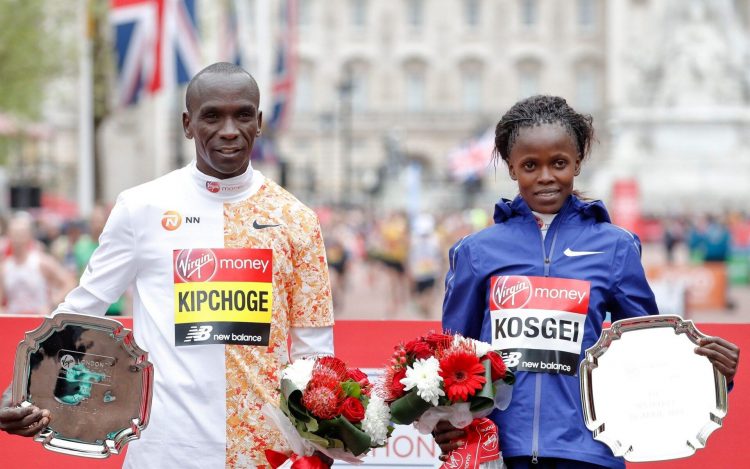 Ethiopia’s Mosinet Geremew and Mule Wasihun finished second and third respectively behind Kipchoge, who finished 59 seconds shy of his world record of 2:01:39.

More than 40,000 runners, some dressed as giraffes, bells, cars and even Big Ben, took to the streets of the capital as the amount raised by the London Marathon passed £1bn.