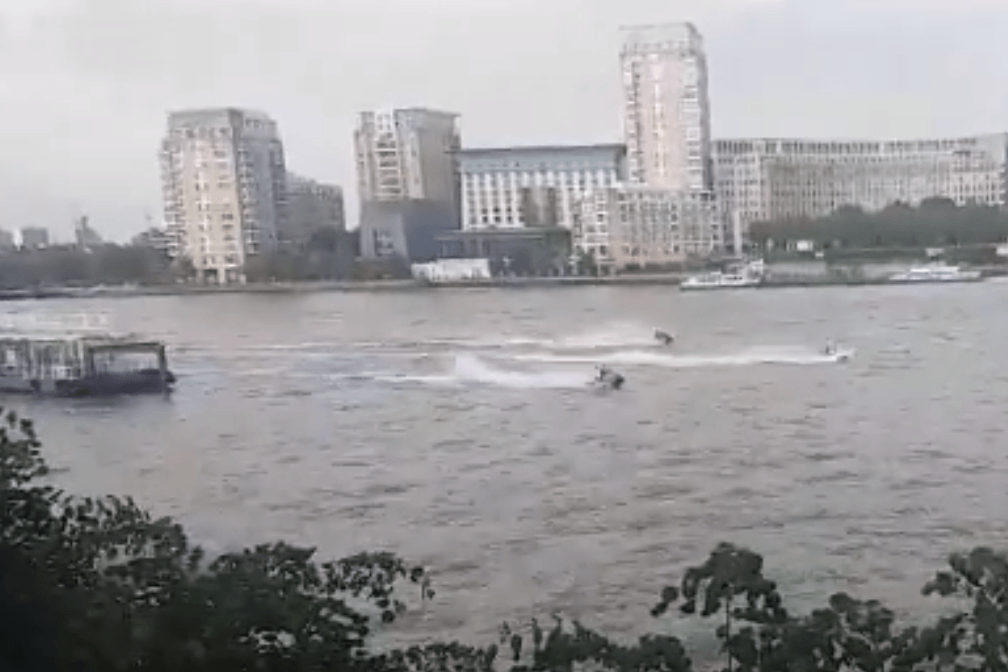 Four Jet Skis were pursued at speed by the police, in dramatic scenes on the Thames through Greenwich this week.

A Metropolitan Police boat was seen at around 6.30pm on Friday racing after the speeding watercraft, which were travelling from Greenwich to Canary Wharf.

Scotland Yard said it was “able to make them change their course,” but eventually called off the chase citing health and safety concerns.

Locals took to social media to share video footage of the unfolding drama.

Woolwich resident Michael, told Maritime Radio he was able to watch the chase from his balcony overlooking the river.  “I thought it was a police chase happening on the road, but soon realised it was actually taking place on the river,” he said.

The Metropolitan police confirmed on Saturday it had responded to reports of jet skis speeding down the Thames.

A spokeswoman said: “The jet skis were approaching central London and the Marine Policing Unit were able to make them change their course.

“Following this the decision was taken to no longer pursue the jet skis for safety reasons.”