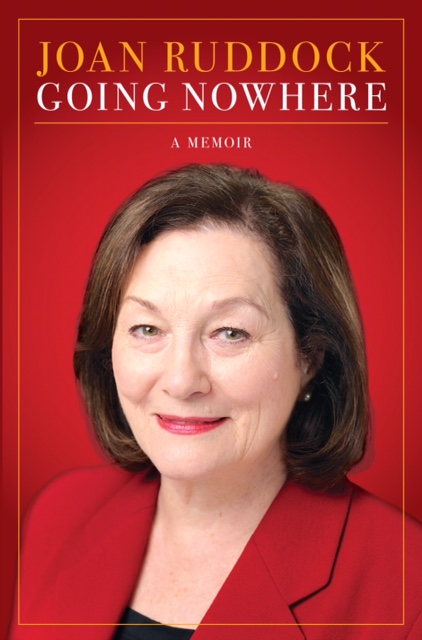 Dame Joan Ruddock, former MP for Lewisham and Deptford appeared at Blackheath Halls this week to talk about her new book, Going Nowhere.

Joan Ruddock , the MP for Lewisham and Deptford  until 2015 , talked at Blackheath Halls about her new book ‘ Going Nowhere’ . The book is a memoir of her prestigious personal and professional journey as a formidable campaigner , politician and champion of women’s rights and environmental rights . Joan rose to the highest level of government , ultimately holding key government positions , many high honours  and being a member of the The Privy Council .Joan has also been part of many key local, national and international political activist campaigns of her time. CND, Greenham Common, Flytipping, Climate Change , to name but a few. Joan describes her proudest  professional moment as helping to impose carbon limits internationally.

Joan says her memoir stands out from many of her contemporaries because it is a story of a woman in government, at a time when there were few women  and one who stood by her constituents despite having a national and international profile.As well as telling the tale of ups and downs from ministerial positions to the government’s backbench, Joan’s is an extraordinary personal account of the highs and lows she felt and  encountered in battling to attain her numerous achievements.

Joan still maintains strong links with the area that was previously her constituency , the book contains many personal anecdotes related to her constituency activities , one of particular Interest to the  Blackheath Halls audience was the campaign to save Lewisham Hospital , fought successfully in a sustained way locally and in parliament attracting public support from many stakeholders.

Joan’s career has taken her across the globe, speaking and being involved in campaigns ,locally nationally and internationally , many of the campaigns she undertook began at a local level  in her constituency and developed from that base to both  a national policy level through parliamentary private member’s bills, to international initiatives involving the United Nations. It is clear that Joan held her constituent’s concerns at the core of all her work and stood by them throughout her professional journey.