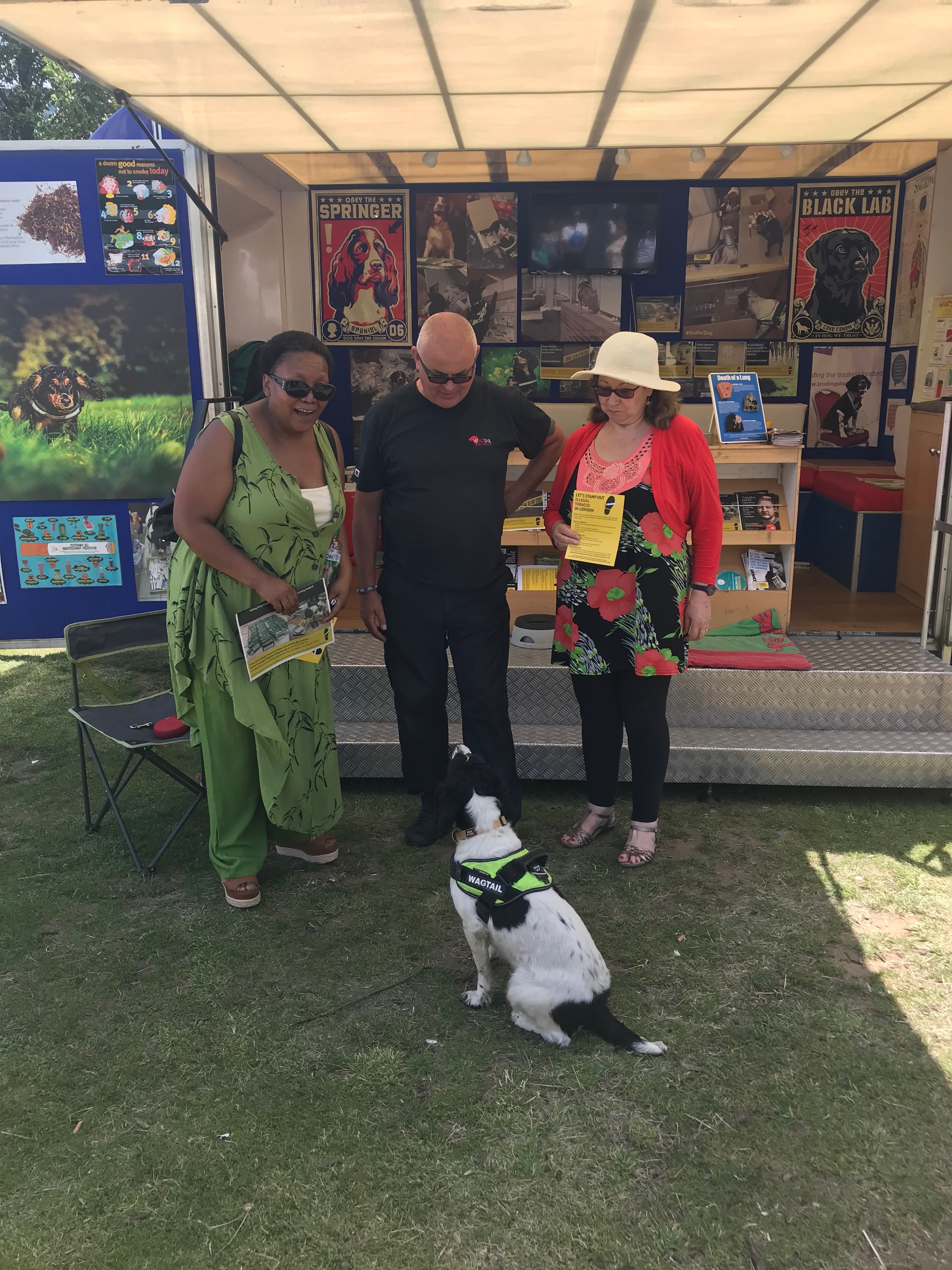 The Royal Borough of Greenwich is highlighting how criminals are reaping in over £100 million a year from London’s trade in illegal tobacco, and undermining efforts to support smokers to quit, as part of the Stamp It Out London campaign.

The campaign aims to make it less socially acceptable to buy and sell illegal tobacco, and was launched by Royal Greenwich at the first Stamp It Out London road show on Saturday 29 June. It was hosted at the Royal Greenwich Get Together and Armed Forces Day in Woolwich.

The roadshow included a sniffer dog called Pippa who helps detect illegal tobacco, and tips about the different types of illegal tobacco to look out for. Council officials – including Councillor Jackie Smith, Cabinet Member for Children’s Services and Community Safety, and Councillor Averil Lekau, Cabinet Member for Adult’s Social Care and Health, were on hand to speak to members of the public.

Illegal tobacco products, such as cigarettes and hand-rolled tobacco, are smuggled into the UK and are considerably cheaper than legal equivalents, with prices ranging from £3.50 to £7 per packet. Other tell-tale signs of illegal tobacco include packets with foreign language health warnings or no pictures of old-style health warnings.

Councillor Lekau said: “Illegal tobacco makes it easier for children to buy tobacco products because it’s so cheap. It also undermines people’s efforts to improve their health by giving up smoking, and we know tobacco is the UK’s greatest cause of preventable illness.

Cllr Jackie Smith, Cabinet Member for Children’s Services and Community Safety, said: “The sale of illegal tobacco is not only harmful to people’s health, but it also threatens community safety. These criminals that smuggle in the products can also be linked to other crimes like drug dealing and money laundering.

“Royal Greenwich is proud to support the Stamp It Out London campaign – working together, our trading standards and public health teams, and our partners, will continue to tackle this issue and stamp out illegal tobacco.”

If you see any tobacco products being sold in Royal Greenwich that you suspect may be illegal, you can call anonymously to report it, on 020 8921 8223.