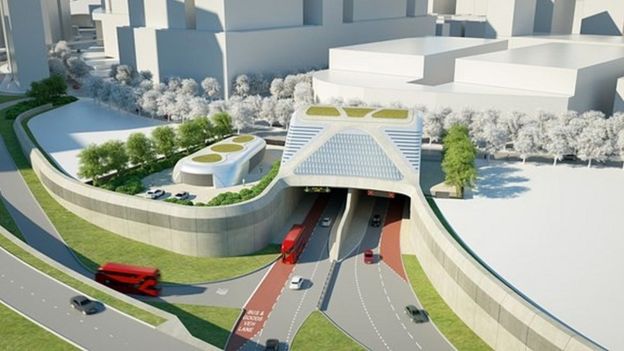 The controversial Silvertown Tunnel is set to finally go ahead, after Transport for London (TfL) announced this morning it had finalised the project’s contract.

TfL has officially awarded the contract to Riverlinx Consortium to design, build, finance and maintain the £1bn tunnel connecting Royal Docks and Greenwich.

The project is designed to ease congestion around the nearby Blackwall Tunnel, but had stalled after the losing bidder, Silver Thames Connect, had lodged a legal challenge. The works are expected to be finished in 2025 and will be located within the Ultra Low Emissions Zone (Ulez).

There has been a fierce campaign against the tunnel by the Stop the Silvertown Tunnel coalition, Greenwich Council, Newham Council and local MPs.

Campaigners have complained about the tunnel affecting air quality and congestion in the areas, however TfL modelling suggests this will not be a problem.

This morning, they suggested they would continue fighting for a review of the decision. Matthew Pennycook, Labour MP for Greenwich, tweeted that he was “bitterly disappointed”.

“I don’t consider this the end of the matter and will continue to vociferously campaign against this ill-conceived scheme.”

Caroline Russell, a Green Party member of the London Assembly, tweeted: “This looks like Sadiq Khan is trying to bury bad news in the middle of an election campaign. Not a good look.

Stuart Harvey, director of major projects at TfL, said the group would “work tirelessly to ensure that any disruption to local residents or businesses is kept to an absolute minimum” during construction.