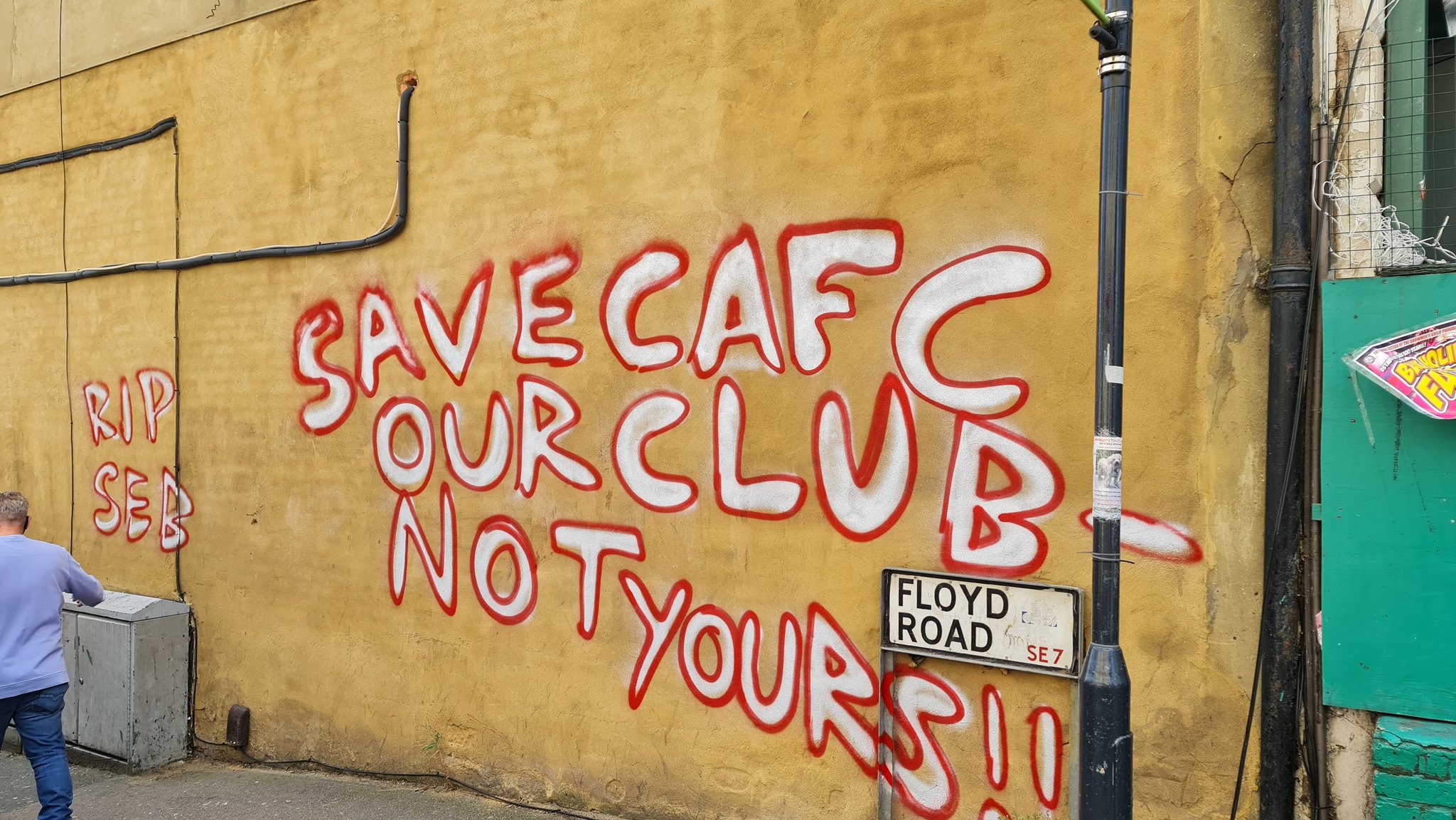 Angry Charlton Athletic supporters staged a sit-in protest at The Valley at the weekend.  Around 500 fans went to protest against the club’s ownership, with around 80 of them gaining access to the boardroom.

The mostly peaceful protest did have the police called to the stadium. This was after allegations of antisocial behaviour and theft.

A picture paints a thousand words. Thank you. #SaveCAFC pic.twitter.com/lKchvtNqy2

The group of Charlton Athletic fans occupied the boardroom in protest against the ownership status of the League One club. Controversially bought by East Street Investments (ESI) earlier this year.

A group Charlton Athletic fans known as “FansForFans” organised the protest outside the stadium on Saturday morning. With a smaller group pictured inside the boardroom and in the stands saying they would not leave until they were formally told to do so or until the owners turned up to meet them.

Charlton Athletic are currently in a legal battle between rival groups bidding for control of the club.

It added that it supported the fans’ cause, (but) it cannot condone some of the “illegal and disrespectful behaviour” from individuals.

Danish businessman Thomas Sandgaard, is in talks with various elements of Charlton’s complicated ownership structure to try and bring it together into one deal.