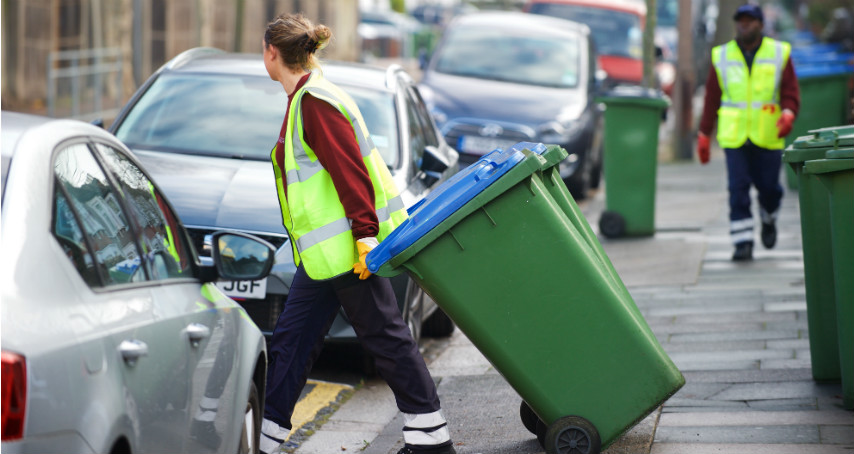 The Royal Borough of Greenwich is proposing major changes to its bin collections following feedback from residents. In a bid to significantly increase recycling, six changes to the bin collection strategy will be presented to Cabinet next week.

These proposals have been shaped by the residents’ responses to a major consultation the Council ran earlier this year, which asked residents their views on their current bin collections and what impact any changes might have.

The survey received a huge response, with more than 4,000 replies, proving just how important this topic is.

Evidence has shown that one of the most effective ways of increasing recycling rates is to introduce measures that encourage people to be more conscious of what they are throwing away.

Currently the Council collects general waste every week, but this could mean that some residents are not recycling nearly as much as they could.

The suggested changes relate to homes and converted flats that have individual wheelie bins. Blocks of flats with communal bins or flats with nowhere to store wheelie bins, would not be affected.

The consultation results showed that residents are committed to helping increase recycling in the borough.

A total of 62% of people said that fortnightly general waste collections would either have no impact on them or it would have little impact on them.

Along with 58% of respondents who think it’s right to not collect contaminated recycling bins and ask resident to remove the contaminating items.

These stats show that residents are willing – and believe that others should be also – to change their habits to help increase recycling across the borough.

Not only would these changes help increase recycling rates and have a positive impact on the environment, but they are also a result of the tough financial climate the Council finds itself in.

“Due to a decade of Government-imposed austerity, we have less money to fund good quality, universal public services. The fact is, the Government has taken away more than £1,400 per household in Greenwich over a 10 year period, and we are now forced to confront that reality. Cuts have consequences and this is the reality of the stark choices Councillors face”.

So far, 83% of all councils – including those with the top recycling rates in the country – now collect general waste every other week, or less frequently.

Fortnightly collections would help reduce the Council’s carbon footprint as fewer HGV refuse collection vehicles will be used and stop approximately 60 tonnes of CO2 being released into the atmosphere per year.

“I was so happy to see such a high number of people fill out our consultation, as it really proves how important waste collections are to our residents. The opinions that residents shared helped form what I believe are some really positive and forward-thinking proposals. Protecting the environment is so important but we can only do this if we pull together, welcome change and adopt new habits. Therefore, I’m excited to be discussing our recommendations with the Cabinet next week, and I feel hopeful for the next steps”.

The Cabinet meeting will take place on 16 September, after which the result will be announced.