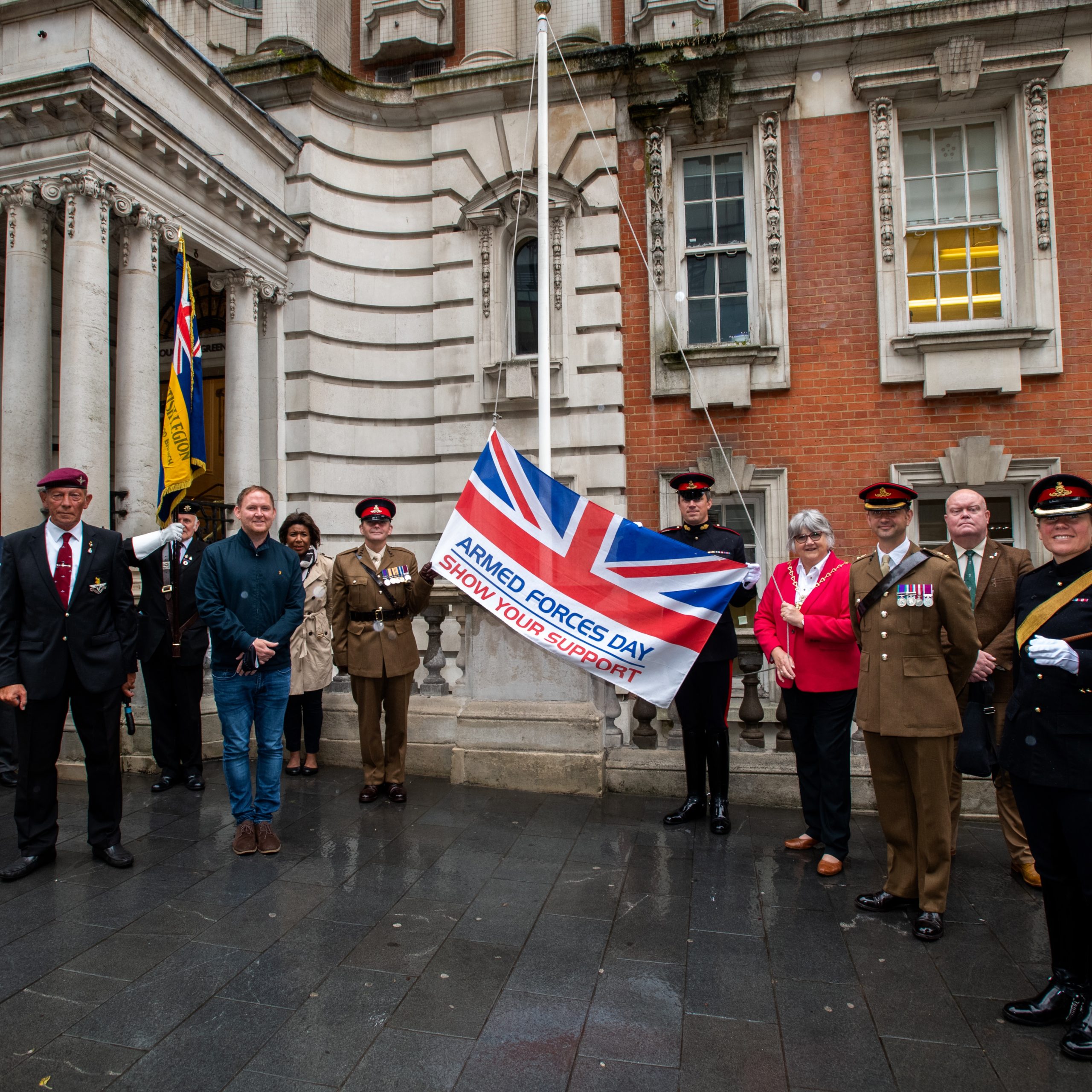 The council leader, Danny Thorpe, said: “We have a strong and long-standing connection to the military here in Royal Greenwich. You only need to take a walk to your local town centre and you could spot troops, horses, monuments or even the Woolwich Barracks. For residents of Royal Greenwich, reminders of the Armed Forces and everything they do are all around us.”

Mayor of Royal Greenwich, Denise Hyland said: “This week is about celebrating everyone in the Armed Forces community, from the Armed Forces veterans and reservists to cadets, service families and the charities supporting serving, training and past troops. I hope that we can use this week to learn more about the parts all these people play and what they have done, and still do, to ensure it isn’t forgotten.”

Chairman of the Royal British Legion, Abbey Wood and Thamesmead branch, David Randall, said: “It is very important to remember these events, such as the flag raising this morning. Remembering all our Armed Forces personnel, previous service personnel and those who made the ultimate sacrifice.”

Despite the week not having its usual celebrations alongside Royal Greenwich Get Together this year, there are still many activities you can get involved in. Find your local event at armedforcesday.org.uk.