Campaign to Save Blur’s Greenwich Gasholder 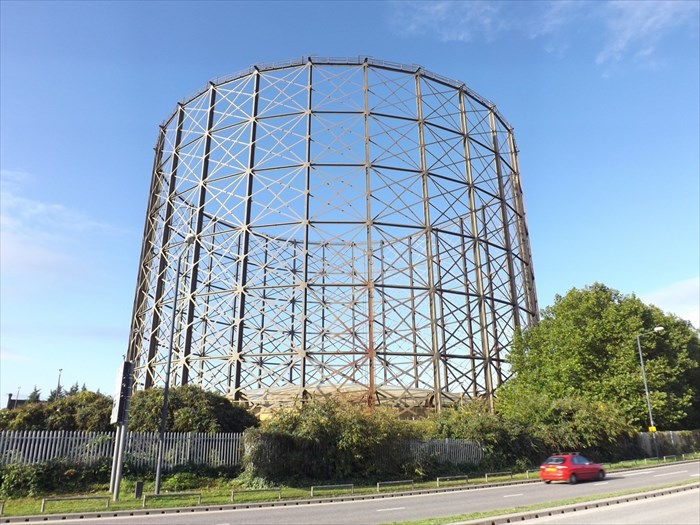 Campaign to Save Blur’s Greenwich Gasholder

A campaign is underway to save a Greenwich landmark featured in Blur’s “Parklife” music video.  The “exceptional” gas holder could be destined for  the bulldozer, but it is hoped that it could be given a new lease of life, like other similar structures across the world.

Concerns over the future of the former East Greenwich Gasholder on Greenwich Peninsula are being aired as the Royal Borough of Greenwich are consulting on a future blue print for development on its site. There are worries the structure, which has become an iconic landmark, would be completely demolished.  Listing for the gas holder which is the biggest in Europe has also been refused.

Many locals argue the structure should be kept and reused as similar gas holders have across the world which have been re-purposed as cultural centres, concert halls, flats, offices and, in one case in Germany, a diving centre.

Mary Mills from Greenwich Industrial Society told South London Press, “The gas holder is exceptional and is one of the biggest ever built. It is also dramatically sited as a local landmark. The draft of the consultation implies all evidence of this monumental landmark would be obliterated. There are twitter and face book pages being set up in support of keeping the gas holder asking residents to vote and comment and they are getting massive support.”

Ms Mills has written extensively on the history and importance of the gas holder and the industrial legacy of the area.

The Gas Holder, which is a familiar sight to drivers as they emerge from the Blackwall Tunnel, was even featured in the classic Britpop video for “Parklife”, by Blur.

Potential plans, which includes no reference to the gas holder structure, are for a high quality residential led mixed use neighbourhood with 800 homes.